“There are no good or bad pianists.

There are only good ones.”

At around 2008 I slowly started writing a book that was meant to be about the common questions pianists face in their pianistic lives. It was a no-nonsense question & answer type of short articles, since I already knew that to comprehensively answer a question in music you would possibly need to write a thesis for each question. I also knew that one can achieve a higher level of physical expertise by having lessons with a teacher, rather than reading online articles and other written works. However, my belief was that this site was going to empower pianists in one way or another.

After around fifteen thousand or so words in articles, I decided that instead of finishing that book, to simply put the already completed articles online for everybody to read for free.

By the end of 2010, pianopractising.com was born. Ten years have passed since, and this site has over 90 articles in piano technique, in common music issues and other fictional stories relating to piano and its world. Some articles contain a series of questions and mishaps that I have encountered in the course of my life as a musician and what they have taught me.

The articles do not stroke one’s ego, and are not filled with promises of a life full of smiles, success awaiting to be found and uncontrollable reassurances of wisdom, sunset walks, fulfillments and the like. They do not belong in the self-help genre. They do not intend to flatter. They’re not voguish nor cool.

The articles are bold and talk about the everyday problems of the sincere pianist and their endeavours. They’re harsh and try to stay firmly down to earth. They are saying “sit down and practise”, instead of “maybe just smile and, who knows, everything is going to be okay”. Well, they often say to just have and everything will be ok, but they try to be as pragmatic and realist as possible.

Thus, if you think that you could face a pianist’s realities and want a different approach to practising the piano and music in general, do join in. 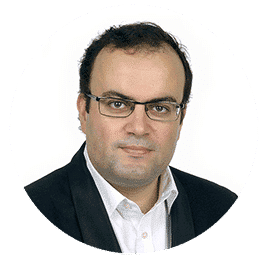 Piano Practising is written and edited by pianist Nikos Kokkinis. To learn more about Nikos, please visit his website.