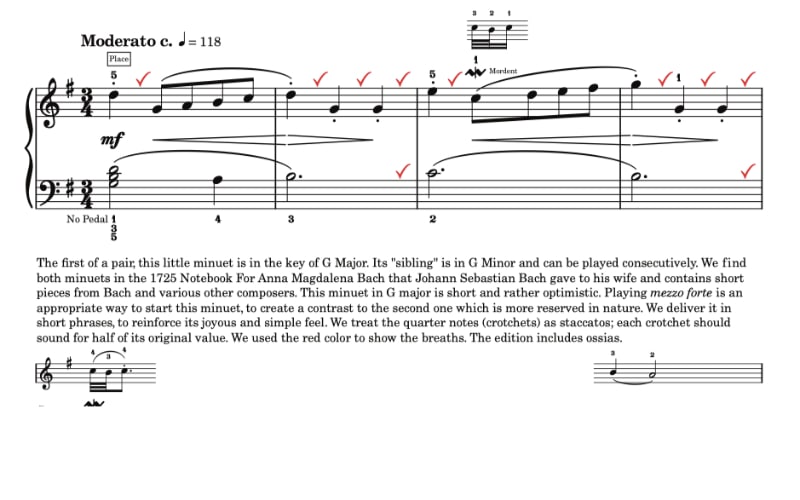 But, as you know, the, understandable, audacity of human race to interpret Bach and its musics, has led to numerous dubious interpretations and editions of his work. As I write, the Anna Magdalena Notebook has a zillion of bad editions sported on the shelves of music stores worldwide. I personally own five different editions, three of which are, to say the least, horrid; from wrong ligatures and staccatos, to bad fingerings and poor engraving choices, those editions can be found everywhere.

But, who is the judge of the opinion that those editions are not good? Yes, it is me amongst others, but come on, there cannot be that all editions in the world have their merits. Some of them are great and some of them could be subpar, wouldn’t you agree?

On the other hand, who can blame the editors of those editions? Who wouldn’t indulge in editing those masterpieces?

Guilty, your honour! I have! I too had the audacity to edit Bach, off all composers. It would have been much easier to choose a lesser “serious” composer — nowadays the internet is full of them — but, no siree, it had to be Bach. And, not just Bach, but Johann Sebastian bach.

Still, I came to learn a few things out of this endeavour of mine.

First, it made me think how to teach Bach. Also, it made me think of how to choose techniques and furthermore, it allowed me to devise a blueprint, per se, to interpret his various musical elements. I had help from various sources, such as from teachers, friends, online manuals and facsimilli, and I more or less came up with the following two rules.

First rule: We should play the faster notes of a piece legato.

Second rule: We should play the longer notes of a piece non-legato.

Non-legato implies that the longer notes can be played staccato, detached and everything else, but legato.

Here’s an example of my edition of the minuets in G: 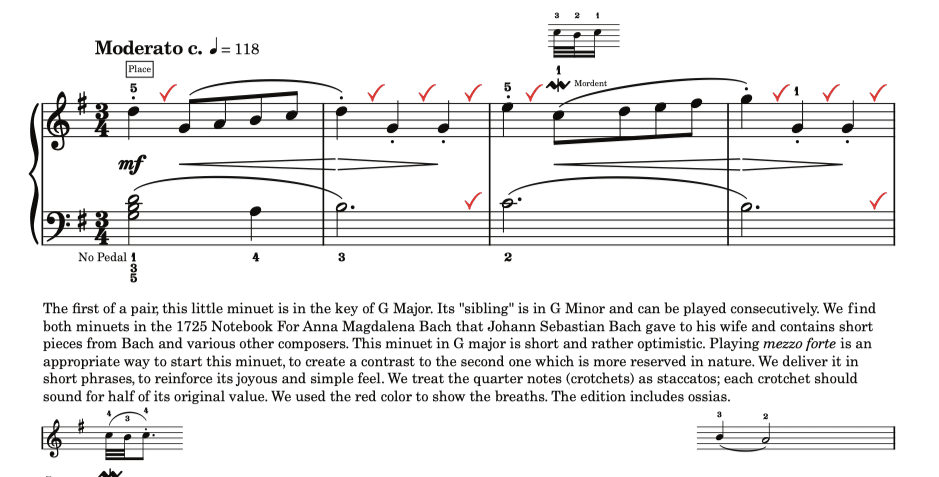 Notice above that all the “faster” notes of the piece—in this case, the quavers—are being played legato. Whereas the “longer” notes—the crotchets—belong to the non-legato sphere; the staccato, detached, marcato, mezzo-staccato, etc.

Here’s my iteration of the facsimile:

See? There’s nothing written above; just, a simple monumental tune for us to botch, I mean, to interpret and edit wisely.

Below there is another example, this time from the G minor minuet: 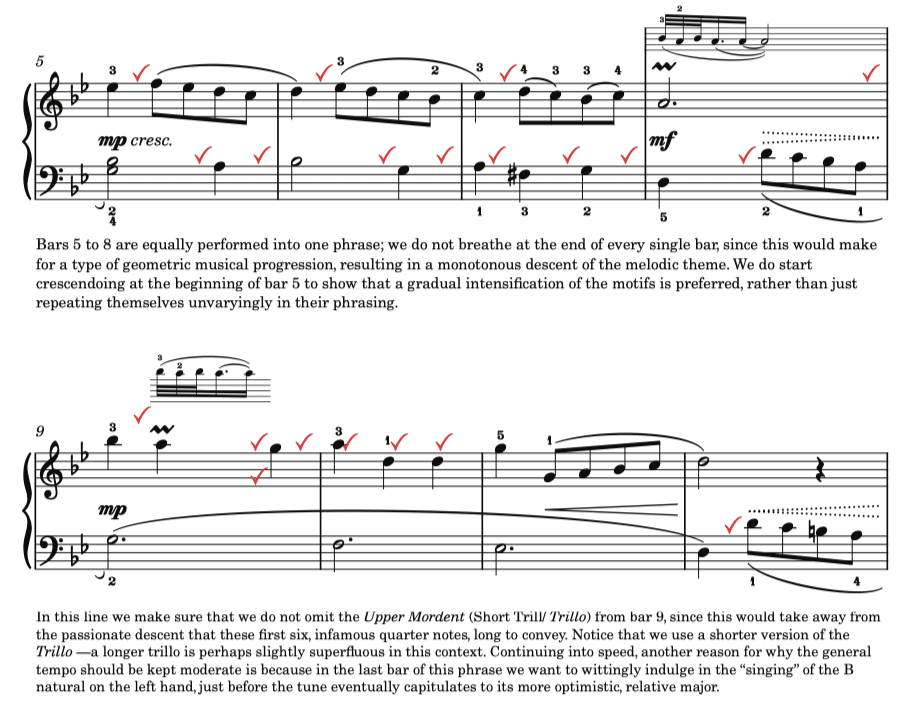 And, here’s my Urtext edition of the facsimile below: 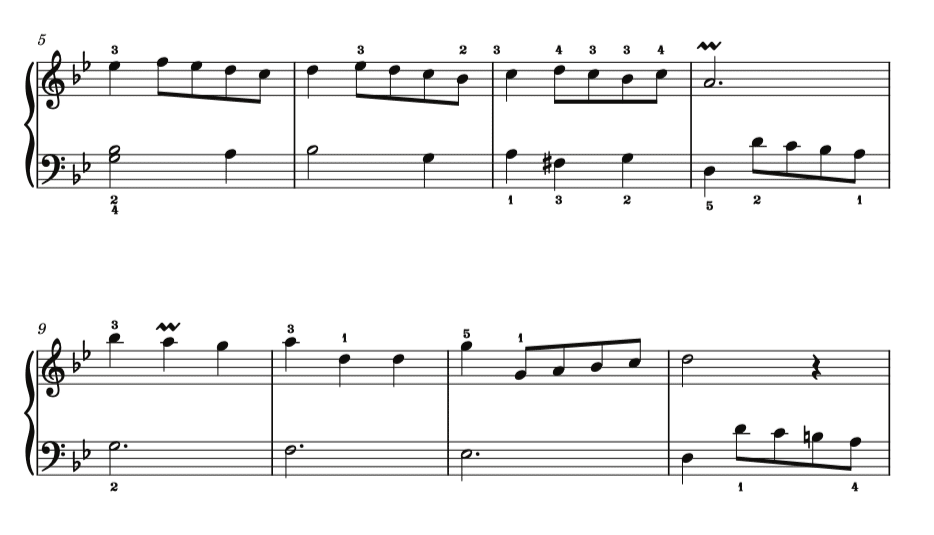 Again, Bach and his peers were laconic when it came to music engraving. Less so today’s geniuses that leave nothing to chance, as they say! I wish their musics weren’t so unlistenable, though.

So, I mean, is my edition better than the rest? I don’t know. Is it the most up-to-date? Perhaps. Of course, there are some purists around that say that there are no rules in Baroque music and perhaps, anything goes. I don’t know to be honest. Just play and perhaps think later…? Who knows.

The examples above are from my editions of minuets in G found here. Those are Urtext, performance and annotated study editions. You don’t have to buy them, of course, but I use them as a resource to teach other pieces from the Anna Magdalena Notebook.

Support this free website on Patreon
← When To Let Go Trying To Improve Your Piece Why Do We Practise Hands Separately →
Support Piano Practising on Patreon and Get Great Perks.