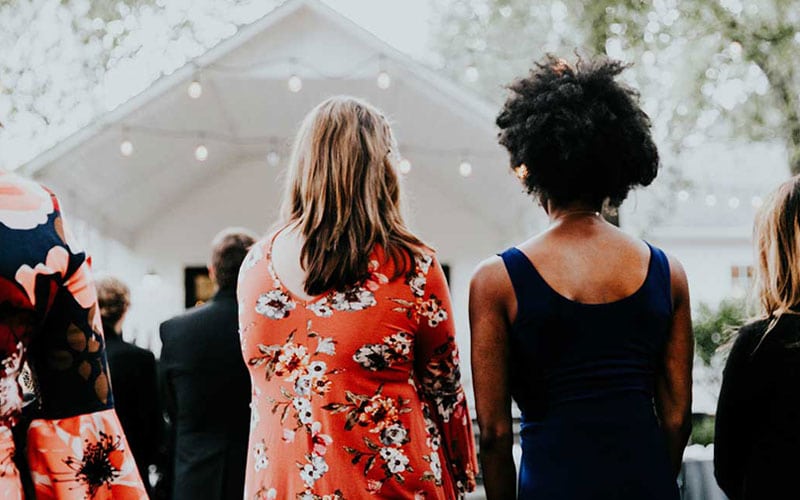 Yes, play to others. I know that you might think: “oh, how am I going to do this”, but playing to others is essentially what music is all about. Of course, you can perform in the privacy of your own room to an audience of one (yourself) and feel complete and fulfilled. That’s absolutely great. However, we should always consider offering our music to others to enjoy as well.

Don’t be frightened. Go for it. Try your new pieces to your small audience every now and then. Start by playing to your friends and let them tell you that you are great. Let them boost up your confidence. This way you will get used to the idea of playing in public and when your concert date comes you will not feel as intimidated by the presence of a larger audience.

One more reason for performing in front of an audience is that we often get some useful feedback by doing so. It is crucial to listen to what other people have to say about our playing. For instance:  Did they like our performance? Which parts did they enjoy the most and which parts they felt needed improvement. Take criticism lightheartedly and not as a thing to put your aspirations on hold.

Allow me to tell you a little story. I remember when I was at college, one of my fellow classmates used to ask me about his performance in his various concerts. After the end of a performance, he would come to me and be particularly firm in asking my absolute honest opinion about his playing. As you would, I always started by pointing out the positive elements of his playing. At the end, following his insistence, I would tactfully mention what I thought could have been delivered better, followed by an: ”if you had more time to prepare of course, this passage would have been perfected”. However, what I had been noticing was that even though at first he insisted on me criticizing his performance, he subconsciously didn’t really like me doing so and he was trying to deny the “allegations”. As a result, he was hostile to me for the following couple of weeks. This scenario continued for a while, until someday I decided to change my approach. So, one evening I went to his concert and even though it was not as near as good as his previous ones, at the end I refused to let myself go through his inner condemnation again. When he came after and asked about my criticism I said that everything was fantastically and greatly played. No matter how strongly he insisted on me finding any mishaps, I didn’t fall for that and continued the exaltation. It was a success. I managed to avoid his not talking to me for the subsequent weeks and everything turned out normal. Following that concert I continued to praise his amazing future performances.

However you don’t have to be like my friend. Be brave when it comes to criticism and use it to benefit from it. Criticism is great. It is what makes successful musicians. Receiving other people’s positive or negative comments is a blessing and needs to be treasured rather than thrown away.

If you are a student at a music college, other ways to get feedback is to play to performance classes. Play to as many as possible; this way you may have the chance to play to different teachers and listen and weigh their different views on your pieces.   Maybe you will realize that their different approaches are also correct. Grasp the opportunity to acquire some fresh analysis of your performance and be thankful that some people took the time to evaluate your musical interpretations. Two opinions (yours and your teacher’s) about your development as a pianist are never enough.