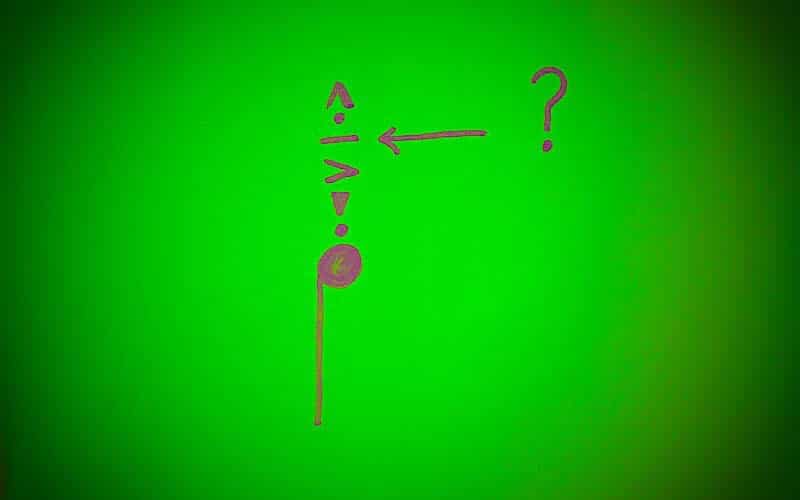 One of the most misunderstood articulations in the arena of piano techniques, tenuto, traditionally suffers from lack of identity.

“What am I? Who am I? What is my purpose in this life” asks tenuto, and often there are vague answers and contextual definitions that are often conveniently chosen by both teachers and performers—guilty as charged, your honor.

I like to simplify things when tenuto appears in my score. I simplify chiefly because of my vast ignorance when it comes to performance and pianistic articulations, but also for a reason that, despite my musical incapacities, I find noble; I simplify the explanation of tenuto, because my pupils deserve a clear definition of what tenuto represents and how to perform it. At least in their early encounters with this articulation.

Thus, I believe students must have a concrete “first” answer of what something means, before trying to translate it into different musical contexts and even define it themselves eventually.

How to play tenuto

For me tenuto on the piano means to play a note (or chord) with an inner intention to crescendo it—“amplify it”. An impossible task for the piano, crescendoing an already pressed note, shouldn’t stop us, however, from dreaming and imagining that a note has the potential to widen once it has been pressed and that it can be urged to kind of grab the next one.

Tenuto is so different from immediate dynamics that show the intensity of a note’s attack, such as fz, or sffz, and, naturally, different from dynamics such as p or ff. Unlike other piano techniques, tenuto implies that its ultimate effect is to have an inner development.

This for me is in essence when Elaine Gould writes “…holding a note for its full length…” in her monumental masterpiece Behind Bars. She also adds in her brief explanation that tenuto can also be “…a slight separation from surrounding notes…”, but I tend to concentrate on her first definition, that coincides with mine. Since, if a composer had to really persuade the listener that he intents to separate each note, all he had to do is to just write a note au naturel. No need really to add the tenuto line, since the end result, arguably, can be indistinguishable from the non-legato articulation. Except… if you stress the note. Hm…

And this is why in most contexts and composers, I would shamelessly assert to my pupils that there is perhaps only one definition to this tenuto riddle. Then, when students will have grasped my central definition of it, they can then experiment with stresses, durations, eras, schools of pianism, etc., and even later develop their own philosophy behind this dreaded articulation.

At the ending of Christian Petzold’s Minuet in G Major (anh 114), every so often we see in editions that the last note (G) is to be played tenuto—Bach didn’t add this to the original 1725 manuscript. For most performers tenutoing this last note means that they should carefully place their hand on the key and firmly (quickly) press the note to achieve a deeper, kind of louder effect, and sort of emphasise that last note. See example below: 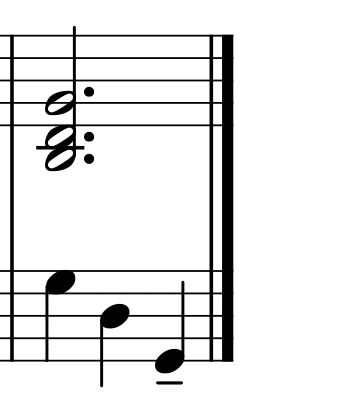 For me, a use of tenuto in this context implies that this very last note is equally important, and signals a not-so-unnoticed ending to this famous minuet. It demands from the performer to try and crescendo that very last note, as you would on the last chord of the first movement of Beethoven’s 4thquartet. See below; performers would customarily crescendo that last chord after it has been struck, and let it develop before its rounded-up finish.

In Rachmaninov’s prelude No 3, Op.23 in G minor, the use of tenuto (edition Boosey & Hawkes) signals a conscious effort of the first chord to both have a presence (mf), and also to “crescendo” before it grabs the next one in A major.  See example below:

This attempt to crescendo that first chord is by no means futile, and tenuto possesses a unique capability, indeed, to describe this dynamical endeavour: You wouldn’t necessarily use a crescendo line here (even a dotted one), because it would have been harder to show that this first chord of the piece has a significant presence, as well— At the same time, the use of a musical directions, such as sfz or >, won’t do here either, because they would subconsciously imply a defuse of that first chord after it was played— The engraver here, clearly wanted the pianist to think that this first chord is “opening-up” its dynamic level.

A contrasting crescendo of an already pressed key, however, can be seen in the next example from Brahm’s third violin and piano sonata op.108 in D minor (third movement, bar 37, Edition Peters).

Here, Brahms wants an inner crescendo on the D of the left hand, but he wants the crescendoing to develop from the ground up in contrast to tenuto; Brahms doesn’t want that D to have a weighty musical posture, because it will arguably steal some presence from the C major chord of the next bar.  See example below:

Here’s another example that shows that notes with tenuto on the piano are asked to do something that is not pragmatically possible. In the following example from Prokofiev’s fourth piano sonata, the composer is adamant that there’s only one way to show that the notes on tenuto are to be held for as much as possible, and even develop after they have been pressed.

Non-legato or any other articulation won’t be enough for the composer to assert that even the notes that belong in the weaker part of the measure, do still have a long journey to travel. See below:

As am I closing this, and before I further talk your heads off,  I would like to gently remind you that portato is equally waiting just around the corner to baffle you… Pfff.

But that’s for another episode.

The examples in this article were engraved from their original sources (where mentioned) using the notation software MuseScore version  3.0.5.21343. The quotes used in this article are taken from Elaine Gould’s book on music notation Behind Bars: The Definitive Guide to Music Notation (Faber Edition). This essential book can be acquired from here or from here, amongst others.

Liked this post? Take a second to support Piano Practising on Patreon!