The Rule of Five 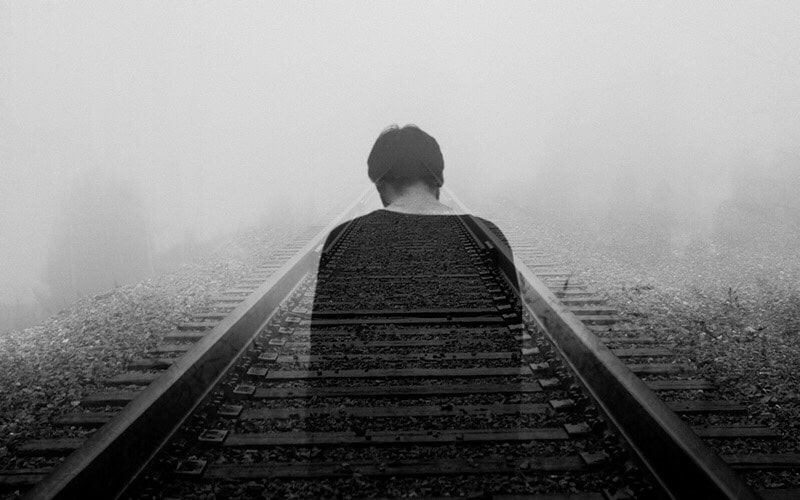 Terry hung up the phone. He’s had enough. He was disgusted, alienated, but most of all, scared. The events manager at the Palm Springs Hotel and Resort had just, less than a minute ago, urged him to, lo-and-behold, learn the Overture from Mozart’s Marriage of Figaro. Well, as a matter of fact, not only learn, but, to Terry’s monumental surprise, play as well. “He’s a cheeky scoundrel”, Terry thought of the manager. The bride had apparently rethought the whole reception scenario and decided – in, obviously, a moment of extraordinary inspiration – that her husband’s to be photo slides should be accompanied by Mozart’s epic start, of a not so unpopular opera, the famed La Nozze Di Figaro. “Even the break dancers down the Palm Canyon Drive would’ve known that tune. I mean, they probably wouldn’t recognise the actual title of the work or its provenance per se, but, blimey, they must have heard the tune. That goes without saying. Imagine though, the people of my kind, the educated folk. They should know by heart every corner of that tune”. Terry exclaimed in despair. “And why that overture? Because the bride said, ‘it’s the right song to wash his sins away from his Casanova years.’ According to the manager, she gullibly thought that Casanova was an opera hero too, and that the overture was a ‘song’. Go figure.” Terry was one of those types, disadvantageous as he always thought it may be, that didn’t want to disappoint. On this occasion, he thought that refusing to play the Overture, could have jeopardised his musical career down the line – he knew deep inside, of course, that this couldn’t be the case even if a million years have passed – but, somehow, he always found an unpredictable way to succumb to that type of pressure and say “yes” to unnecessary troubles. Also, he had just sensed, by the way the manager uttered his words, that his job was considered to be of trivial nature; meaning to Terry’s mind, that the overture was seen by a third party as a piece-of-cake piece for a pianist of his calibre to learn. And so, following that mounting pressure, Terry thought all the more, that he shouldn’t deny the said endeavour. And to make things psychologically worse, he just remembered that two months earlier he had explicitly asked the manager if he was required to play anything else from Mozart, since he was already accompanying Liona Harris-Jones – the up and coming Californian soprano – on the Der Vieni Non Tardar in the wedding reception, only to be reassured that this notion couldn’t be further from materialising, since playing more Mozart didn’t constitute a fit with the rest of the music program. But, as dubious musician fate always appears uninvited in these occasions, poor Terry had to now learn the notes and make do with the little time left. Three days. He knew, of course, that he could have pulled that piece off in a jiffy had he had to play it in a lesser venue, but this time, given the short notice and the heaviness of the situation, he was practically walking on thin ice. “Anything can go wrong and I don’t want the video to end up on YouTube’s Funniest Weddings’ Videos Viral Collection.Well, if there is such channel available, that is.” Terry softly massaged his forehead with his right palm, in despair.

“Hang on a second!” He said calmly in a thoughtful voice. “You know what? I think I found the solution to this riddle. I must call Nikos, the legendary publisher of PianoPractising.com. Yes, he will find the solution, for sure, being a great musician himself! Not to mention, that he has a great character with many favourable attributes. For example, he is very brave, extremely mature, and horribly generous. He is also a heroic pianist, and legend has it that he once played Chopin’s 24 preludes backwards. But let’s not forget that he competed in the Fastest Pianist Alive competition and came first in the trills category. What a legend! I really think he is indeed a great man. And as far as I can tell, he is the least pompous person I’ve ever met. He secretly told me once that he managed to save an old woman from the teeth of a white shark just by playing Richard Clyderman’s Mariage d’amour from the upper deck of a cruise-liner, allowing the shark to gently retreat backwards, But, as he is so modest, he simply wanted to conceal that story from the public eye. And many more heroic acts, but that’s not the place nor the time to discuss. Not to mention that he is a great writer. But anyway.” Terry picked up the phone… The phone kept ringing for at least a minute,  and just before Terry was about to hung up, a voice at the end of the line said: “PianoPractising.com headquarters! With whom do I have the pleasure of speaking with!?” “Hey Nikos, it’s Terry.” “Terry, my old pal, how are you doing!? Me? Very well indeed! Still saving the world from implausible Cadenza interpretations and unnecessary slowing-downs on difficult passages. But enough of me. Please, tell me about you Terry! You know me. If I start talking I could go on and on, and on, but when friends call I’m obliged to keep my words to the minimum, as they say, which means to keep my mouth shut and listen carefully. How’s Gina and the kids? Is she still holding a grudge against me for playing Rach’s first movement Cadenza at three o’clock in the morning when I last stayed with you guys? I hope she does because I deserved it. My behavior was extremely unacceptable, not only because I woke the kids up but also because I should have started from the beginning of the movement rather that diving in straight to the Cadenza without warming up. Who could have believed it! Me, playing without a warm-up. One should know better than that.” “Um, Nikos, sorry to interrupt, but I’m in deep water over here and I could certainly use a bit of help.” “Oh. I thought you just called to ask how’s my new lizard.” “Um. Well, Nikos, no. I called because I need your advice on a pianistic issue that I must resolve by Sunday afternoon.” “Um… advice… free… um… money zilch…. friendship…um… ok. Sure. What’s up?”

And this is how Terry called our friend Nikos asking him to help him save the day. Nikos advised him to use his “Rule Of Five”. The rule of five simply dictated the following: A musician has to play a chosen passage perfectly for five consecutive times, before commencing to learn the next one. Here’s how it’s done with the use of an example: Say, you need to learn a passage that consists of 12 bars. Depending on difficulty and length of bars, you are free to choose the length of the passage that you are plan to repeat. Let’s assume that you chose to start with the first two bars. What you need to do is the following: First you start from the first bar and play though to the end of the second. Now you have to be observant. If you made a mistake, be it rhythmical, melodic or other, you have to redo the first time. If then you play that first time well, you tick it off and continue to the second repeat. The same applies to the second time. So, you keep playing until you played “perfectly” your chosen passage for five times in a row. Then, you can continue to the next passage. It’s that simple. This method, despite sounding gruelling and slow-moving, does in fact manage to ultimately accelerate the learning process of a work of music, especially in time-limited situations. That’s all. As a general advice, choose a passage that has a beginning and an ending type of structure.   Terry did indeed perform the Overture at the wedding. His playing was ever so exhilarating and his agile fingers catapulted the audience’s adrenaline to the skies.  For all his prior anxieties, no mistakes showed up in his performance and definitely not in critical places; all the melodic lines were clear and crisp and only here and there the left hand would have the odd foggy feel. He was content and happy to finally complete yet another musical challenge acceptably. The bride? She was ecstatic as well, but for other, non music-related reasons. She wouldn’t know any different, anyway.

As for me? I’m Jerry, a carpenter and an amateur pianist that I live next door to Nikos’s. My story on how I experienced the Rule Of Five is much shorter but also very dull — I just couldn’t learn a piece in time for my girlfriend’s birthday, and since I knew Nikos I went over to his place one morning and asked for advice — You see? A boring story. So, that’s why I chose to tell you a more deserving story I heard from Nikos himself. Terry’s story.

Many thanks to GABRIEL for the image used in this article.For more images visit below.
Gabriel
← Scholarly Versus Voguish Phrasing What Doesn't Interest An Audience →