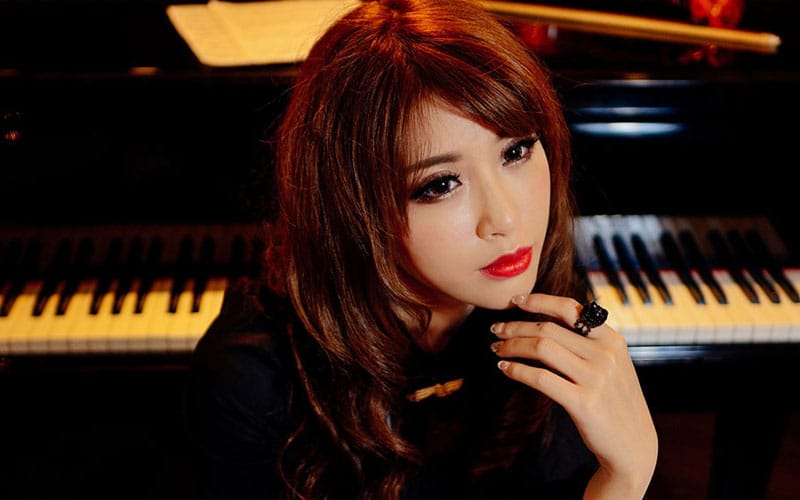 If you have ever played this dreaded and heavy instrument that’s called the piano, chances are that you fall into one of the following categories:

Read at your own discretion.

A recreational pianist is a person that has studied the piano at some point in his life, probably while still at school, and is practising now and then. He likes to play tunes from the radio and can read fake music fairly well, but takes ages to learn an averagely advance classical piece and usually gives up practising swiftly until the next time he feels like playing again. Quite often while he plays, he would have a big smile on his face and sometimes peanuts in his mouth. At gatherings he would almost never play a piece in its entirety and would stop at least twice while trying to play it. After he has finished butchering the piece he would often say tales of how beautifully he used to play it three and a half months ago. He would make special mention to the fact that in the past he was able to play that piece extremely fast too, and swears that he played it perfectly the day before yesterday.   He is happy and thankful to the fact that he can communicate with people through his piano playing. He is perhaps the least anxious of all types of pianists.

A pro is a pianist that makes his entire living by playing recitals in concert halls, big or small. He often plays in ensembles and spends a considerable amount of time traveling from one event to another, at home or abroad, in order to make a living. Unfortunately, he doesn’t have the time to teach and enlighten the others. He is, as people say, the virtuoso pianist. Sadly, being a professional pianist has its negative sides as well. Quite often, a pro would have to play the same recital program many, many times and in different venues, and thus, at the expense of musicality.   The repetitiveness of his playing the same programs could often lead in playing mechanically, sacrificing the character and soul of his repertoire. But because he is called a Pro, lacking in musicality is rare, since he can always fake it.   Unfortunately quite a lot of the times, professional pianists also tend to “˜show-off’ a little bit, since this is how most audiences get excited. Moreover, they would play every note correctly, (not a bad thing) and thus, for the amateur listener they would define greatness. The professional pianist knows that showing-off is an essential part of his business, thus he would take every opportunity to cleverly insert it in his performances, quite often in disguise. For instance, often, he would pretend to look extremely concentrated while playing, or, in order to show how passionate he is, he would have an extraordinarily awful grimace on his face while playing the slow movement of a sonata.

He is the pianist that has failed to realize his childhood dream of becoming a soloist. Let’s be honest here for a second:   It’s arguably true that most of the piano teachers when first started studying the piano they dreamed of becoming virtuosos. Again, sorry to all big-headed “virtuosos”. Anyway. The piano teacher perhaps has reached a point in his life when he doesn’t have the courage to stop being a musician altogether, and has decided to dedicate his energy in passing his knowledge to the others. His forced decision of becoming a teacher could have surfaced slowly through years of disappointments of not being able to achieve his childhood dream of becoming a famous pianist. Hardly ever a person decides to become a piano teacher from the start. It could be that his decision to become a teacher has happened from lack of interest in becoming a virtuoso, and thus, settling with the less demanding and readily available art of teaching.
Nevertheless, this decision to educate is truly a magnificent thing, even though the motive is not always that great. Yet, a piano teacher is courageous, and would strive to make other people live the glory he didn’t succeed to have. Of course, every now and then he would play in low-paid concerts, even though the majority of his income would be made by teaching the piano.

The conservatoire pianist is a pianist that is serious about learning his instrument well. He combines his practical study of piano with academic studies in music in order to understand why he should play the way he should. His not a pro, dare you not call him recreational ever, and of course he is not necessarily falling into the teacher category; (not just yet, anyway…). He belongs in the athletic side of music. He is practising long hours meticulously, trying to improve his technique and consequently his performance of the piano. His is not playing the piano as a hobby anymore and he tries to convince people around him, but mostly himself, that he deserves a place in the musicians’ sphere. His performance is constantly assessed throughout his studies and that makes him quite nervous at times. He worries about marks and alas about his ranking among his fellow classmates. Not the most down-to-earth person around, and not yet ready to have a concrete understanding of what music and piano is really all about. His emotions are all over the place, but one thing is for sure: he is eager to learn and he is there to succeed. He is, plainly, a student.

Thank you fo reading this bold and harsh article. Take it with “a pinch of salt” and use it as food for thought, as they say.

Support Piano Practising on Patreon and Get Great Perks.