How to Love Criticism 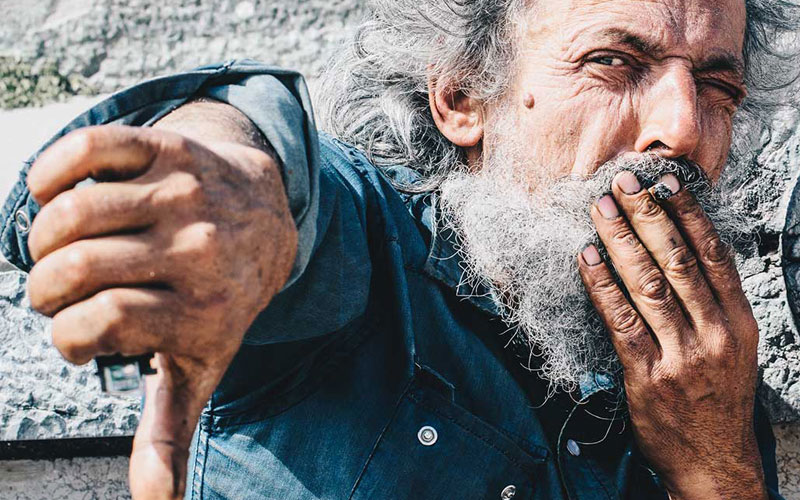 When it comes to criticism, artistic people are notorious of having one of the greatest “talents”: to give it liberally but taking it hesitantly.

What is criticism? Criticism is when you receive judgement on your work. Later, this judgement can be used to improve your work, if you wish. However, even though criticism has been used positively to improve our lives since the beginning of time, humans in general despise criticism and can go to great extents to avoid it.

Please, let me ask you: Do you like criticism? Do you like other people tell you that you didn’t play well in that recital? Do you like the ironic smirk on your friend’s face when he pretentiously suffers from your messing-up the cadenza in that concerto?

Well, you better start liking all this quickly, otherwise you are going to be in trouble if you are planning to make your living through music.

Even though I have been musically and personally criticised countless times and tried to avoid taking it badly, I still struggle to receive criticism with joy. No musician likes to be criticised I’m afraid, even when they pretend to do so. I know that from having often watched the faces of musicians when they’re being criticised by others; they turn from suspiciously bright and interested, to cold and defensive. And when you hear them using the words “yes, but” when trying to defend their performance, it’s when you know for certain that they don’t like others telling them that they weren’t absolutely perfect.

At the same time, musicians and other artists despise criticism because subconsciously they have connected their artistic work with what they believe about themselves, and they feel that when they’re being criticised artistically, in a way, they are being criticised in their personality; which, in effect, can be true. And as we all know, artists have the inherent belief that they’re special and that their work is important and needs to be appreciated.

However, saying good things to a performer is so easy, isn’t it? It’s just there waiting, readily available.  Anyone can do it. But it doesn’t help the artist very much.

But before you start loving or loathing criticism and your critics, you are to answer the following question: Why am I being criticised on this performance?

1. Is this critique a form of personal attack? For example: “Oh, John missed two bars in the cadenza, I wish he wasn’t that stingy in his personal life too”. Or, “ Yes, Margaret played wonderfully the fast octaves in bar 23, I wish though she didn’t have such a bad character”. Just bear in mind though that the vast majority of musical criticism in not there to harm you personally.

2. Are you receiving a critique to improve your performance? Is this criticism delivered to get your technique and musicality to a higher standard?

Remember, that sometimes in life we don’t ask to be criticised, even though we need to be criticised in some circumstances; for example, in performance classes at college.

Why You Should Love Criticism

-All types of criticism can lead to your musical improvement. By taking malevolent or loving or personal or, as they say, “constructive” criticism, without knowing it, it makes you better.

–Ad hominem or negative criticism can still help you improve your work. But it can also help you improve and strengthen your character. For instance,  “Nikos gave a most horrific performance. You could have waited for a lifetime to experience this atrocious performance. To his credit though, he managed to remember the order of the pieces correctly”. This type of criticism hardens you a lot. Musicians need to be tougher than a rock in order to succeed in this ever-competitive musical world.

-Don’t take it personally. Criticism is not necessarily to attack you as a person, but also to improve your work. (Except in college by fellow classmates).

-Good comments are just empty words; they don’t help you, other than psychologically, to improve; even though psychological support plays a major role in improving an artist’s self esteem and perhaps improve his own artistry, still, somehow I improve more when someone tells me to sort out this passage than when the same person tells me “well done, great performance, you are very talented”. So, it’s up to you what to prefer.

-Even a non-musician can say: “oh, you played this passage wonderfully”, or, “I liked very much the finale of that piece”. But a non-musician cannot really make you a better musician. (Well, except if  he offers you ice cream in exchange for practising three hours).

-Criticism makes a you good thinker too; you will become better at evaluating different things in life.

-Even though criticism is often used to just show-off one’s knowledge, critics may as well be right; take the chance to see if they’ve spotted any “wrongdoings” in your performance that you didn’t.

-Learn to see critics as necessary “steps” to reach your goals. Don’t forget that music critics and other judges have always their own agenda when judging you (e.g. make a living).

How to Love Criticism

– Start by politely asking for a critique for each one of your performances from a reasonably “adequate” critic; it could be, of course, a professional critic, but since it’s difficult to find one, you can ask a fellow musician to judge your performance. Don’t play it safe it by asking your partner, because it’s near-impossible to get a subjective critique even if they are musicians. (Especially if you haven’t washed the dishes).

-Demand negative criticism from your critics; no performance is perfect, I’m afraid. There is not a single performer that can’t improve a musical composition. So, when your critic only says, “great, everything was so beautifully performed”, just ask them to tell you something negative. If they are musicians I’m sure you can get them to tell you more in detail later on at dinner.

-Force yourself to accept that what your critics say is right. Let me elaborate by telling you a story. Years ago, when I was still an aspiring musician I was playing Mendelssohn’s Rondo Capriccioso at a gathering. One of the fellow party attenders and friend of mine, came to me and said: Nikos your sound is so harsh and loud, let me show you how you should play this piece; and she played some of it to me. Well, I would lie if I said I liked it. However, those comments made me to start thinking and debating whether she was right about my sound being so horrific. For instance, it made me think of how to improve my sound and how to make it less “stiff” when playing forte passages.

To recap, I would just say that criticism is perhaps part of our evolutionary necessities to carry on forward. So, start loving criticism, because one day you might want to “judge” too…

← The Best Teacher is MY Teacher A Great Performer is Not Necessarily a Great Teacher: Myth or Fact? →
Support Piano Practising on Patreon and Get Great Perks.