A Great Performer is Not Necessarily a Great Teacher: Myth or Fact? 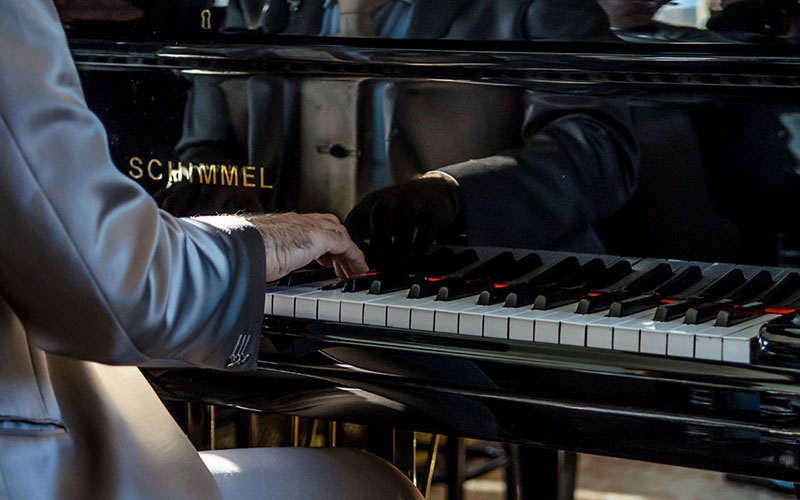 So… if you are a “bad” performer that means you are a great teacher? Well, let’s not oversimplify things… It’s not really black or white.

To start, we have two sides; the performer’s side and the teacher’s side. Let’s see what is happening in their lives.

Let’s quickly define (as if that’s even possible) both first. The great performer is naturally doing concerts all over the world. It goes without saying that he is a virtuoso*,  and that’s why he is considered great, however, mostly to gullible non-musicians. As a result, this type of musician has limited time to enlighten the young and learning people.

The teacher, or the one who makes his living mostly by teaching, is the person that is NOT, most of the time, a virtuoso; otherwise, he would have just given concerts all over the place to celebrate his talent. (You wouldn’t call Vladimir Horowitz a teacher, would you? Even though he has taught during his illustrious career); let’s stop kidding ourselves here for a second, please. At the same time, a teacher might or might not be a very competent performer – it doesn’t matter; remember also, that there are different levels of teaching abilities and, unfortunately, in this world anyone can teach an instrument even without formal qualifications.

A good teacher though, is a totally different ball game. In my opinion, a good teacher has to first be a good performer, because, after all, he is teaching a performing art; so, if he doesn’t know how to perform something how is he going to teach it? However, bear in mind that knowledge of music and ability to communicate it to people are vastly different.

So, let me elaborate by taking for example the scale of C major. There are a few possibilities for a teacher:

1.The teacher can play it correctly, can find the student’s weaknesses, and can demonstrate it correctly.

2.The teacher can play it correctly, but cannot find the student’s weaknesses to correct.

3.The teacher can’t play it correctly, but can find the student’s weaknesses, and can correct them.

4.The teacher can’t play it correctly, knows how it should sound though, but doesn’t teach correctly.

5. The teacher can’t play it correctly, cannot find the student’s weaknesses, and doesn’t know how to teach them.

Therefore, sometimes we can see brilliant teachers, that have great relationship with students and can communicate their knowledge wonderfully, however, their lack of the pragmatic depth of the piano can give away their pianistic ignorance. So, their skill, per se, in knowing HOW to teach something might not be enough in recognizing them as great teachers. At the same time though, technical knowledge is not the only prerequisite of a great teacher.

Performers, on the other hand, are responsible for their own skills and body. And for this reason, in many instances, they haven’t learned how to be “responsible” for other people’s skills and body. So, even though they can perceive and do things greatly themselves, they often haven’t “practiced” in explaining those things successfully to others. So, for instance, a virtuoso pianist may know very well how to play a scale, however, he might not be able to describe to the student how to play that scale, because he just does it naturally and hasn’t really thought for a long time about the mechanics of the hand and fingers. Still, he will, in all probability, be able to hear the “wrongness” in a performance of an inferior performer to himself.

1. The virtuoso can play it correctly, can see/hear the weaknesses of a student, and can correct them.

2. The virtuoso can play it correctly, can see/hear the weaknesses of a student, but cannot correct them efficiently.

So, I believe that, more often than not,  a virtuoso will be able to identify a student’s weaknesses. However, this doesn’t mean that he can correct them efficiently.

Keep practising and keep performing, because this will make you a better teacher? I think, yes.

*Virtuoso: The person who performs super-fastly, with minimum mistakes. He often possesses the rest of the… “unavoidable” and “yawning” for him musical necessities, such as correct tone, intended articulations, respect of composer and style. In the case of singers, he sings mostly repertoire above 90 decibels and has a pompous expression at all times.

← How to Love Criticism How to Criticize Musicians →
Support Piano Practising on Patreon and Get Great Perks.