How to Pass the Piano Audition 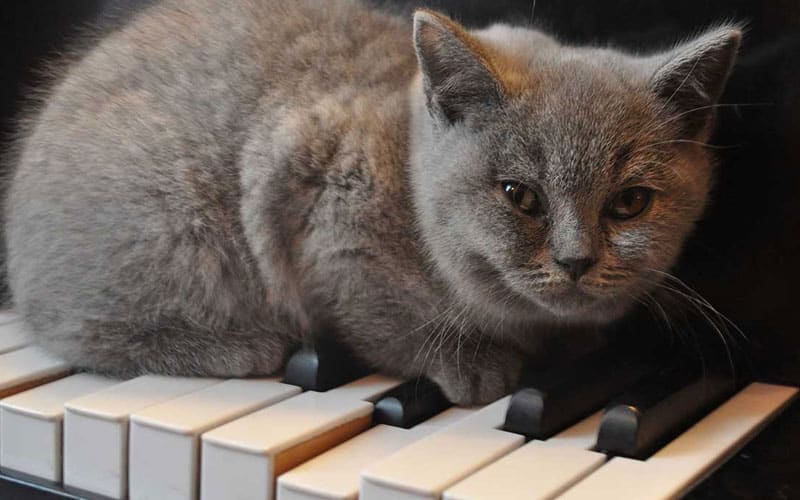 How to pass the piano audition

This article enjoys first place on Google’s search results on the piano audition. It is not without reason.

You don’t want to miss out learning about the auditions etiquette. Please, join us today and help this site grow.

Since I am a piano teacher, every now and then I get asked from parents and students how to pass a piano audition. Most of students, as expected, are anxious and feel intimidated by the thought of having to face the examiners and their serious faces. They often felt that their playing was insufficient to pass an audition, but also that they had no experience in how to act in an audition-setting.

So, I decided to write this article in order to tell you how to succeed in getting accepted in a music college. If you follow the following rules chances are that you are going to make it.

Before I start, it’s needless to say that you need to be able to play as good as you can; this is the first step and this article, for obvious reasons, cannot tell you how to make your individual pieces ready for an audition.  For this, you have your piano teacher and your personal drive.

So, here’s the things you need to do on the day of your audition:

Prior to the audition:

1. Make sure that you have slept adequately the night before.

2. Eat a good and healthy breakfast and drink plenty of water to keep you going during the day and to avoid fatigue.

3. Warm up; start the day by FIRST playing scales slowly. Don’t “dive into” the pieces straight away. The same applies when you’re given time to warm up prior to your audition.

4. Make sure you are not making last minute changes in your playing, like altering articulations, fingerings, dynamics, etc.; that ship has sailed. On the day of the audition, you mustn’t try to change things.

5. If by any chance you still have any passages that you feel uncomfortable with, practise them slowly but not if full tempo.

1. Play the piano. Yes, make sure that you play the piano and not any other instrument by mistake, such as the banjo, or the double bass. 🙂

2. Play repertoire that you know the best. Auditions are not the place to experiment or to try untested repertoire that hasn’t matured under your fingers. Don’t play repertoire that you’ve learned, say, three months prior to the audition. Clever pianists know that, and they only play repertoire that has been musically and technically exhausted. Unfortunately, that’s the truth. I say “unfortunately” because after they pass an audition and get into a conservatoire, they can’t learn new music fast enough, since they lack knowledge of different music styles and because their technique is undeveloped; the reason is because they were only practising a certain repertoire for too long and used it to every audition they went. But it got them into the music college, didn’t it? So all’s good I suppose. In addition, have a list of your audition pieces handy to give to the examiners; you look more professional this way.

3. Look smart. It goes without saying, that you should look tidy and not scruffy. Believe it or not, between you and the other pianist who is similarly musically-equipped, examiners are only going to choose you if you have a slight edge in something, even if this thing is your attire. For example, try not to wear fancy clothes and eccentric colours, and if possible hide your tattoos and leave your excessive jewellery at home; even though I’m not against all those four in everyday life. Remember that this is not the “Paris fashion week”; it’s a piano audition. On the other hand, however, even if you wore a silver tiara and a gown made by Donatella Versace and walked down the room like a queen, if you haven’t played acceptably it won’t make any difference, but still, to the eyes of mammals like examiners appropriate dress-code does count I’m afraid. You may disagree with my points here, and you may argue that “looks don’t count, the quality of my music counts, and I can wear whatever I want and I will still pass the audition”. That’s fine by me. However, bear in mind that examiners are not always the greatest when it comes to human psychology and I’m afraid that trivial things like dress codes matter to them subconsciously.

4. Act elegantly. Again, an audition is not the place to show-off your wits or to be a know-it-all; especially in front of examiners who can sniff out inappropriate behaviour from 3 miles away. So, try not to offend or correct or tell-off or raise your voice to examiners. You’ll have plenty of time for that after you have graduated if you still remember the points that you disagreed upon in the audition. Addressing examiners is not like talking to your friends, or your piano teacher, or your parents. They need a special approach and I regret to say that most of us won’t improve this approach until we have played in a respectable number of auditions. Still, act naturally and don’t be “stiff”. Yes, you can be humorous and relaxed but the examiners don’t want to know the latest jokes from “family guy”. Only respond according to their questions to you. For instance, be humorous when there is a sense of humoristic aura in the room or if the examiners expect you to be. Yes, you can correct them if, for instance, they pronounced your city of birth wrongly, but never try to correct them musically; there’s is not need for that. Your best shot is to show them that you respect their opinion, even if you are a thousand percent sure that their musical opinion is wrong and yours is right (are you really so sure?); just to remind you that YOU are the one who wants to pass an audition to become a better musician, not the other way round, so play it cool and keep calm.

5. Be positive; find everything about the audition great. There is no reason for why you should be negative about anything in your audition; it will only make things harder. If for instance, the examiners ask you if you found the piano appropriate, just say that you were very happy with it; avoid going into detail about it being inappropriate for your style or that it messed up your Chopin ballade. First, they couldn’t care less and secondly they would know if you are a good pianist even if you played on an iPad; Do you get my gist? Always try to smile even if you don’t think yourself as a smiley person. So, questions such as, did you like the room temperature, or did you like the piano, or did you like the acoustics of the hall, or did you like the spaghetti bolognese should always be answered with: “Yes, very much indeed!”

6. Be humble. Humbleness never hurt anybody. Being humble is good. And, believe it, it doesn’t show weakness in character; tout au contraire. That doesn’t mean of course that you have to diminish yourself. For instance, if you were asked if you were happy with the way you played Rachmaninov’s second piano sonata, don’t reply: “Oh, it was horrific, I could have done much better, but given the circumstances, I need to apologise if I didn’t please you enough”. Just be positive and always like your own playing, but don’t be arrogantly confident. That means you also don’t say: “I thought my performance was one of the most prolific to have emerged from the first half of the twenty-first century”.

7: Don’t be intimidated. If you go into an audition by thinking that your musical philosophies reflected in your playing are not good enough, you may as well stay at home. You must bully your audience with your views and force them to believe in your potential. As I have said before (read here) there are no bad or good musicians. There are only good musicians. Everyone has something nice to show. So, always believe in yourself and everything is going to find its way.

8: Be honest. Show your real self in the interview and try not to pretend you are someone you are not; leave that for later when you are pretending you are working with your laptop at Starbucks. So, for example, don’t pretend to be humble by saying, “Oh, I’m terribly sorry I played Chopin’s first study in under thirty seconds”. Examiners have “special” talents sometimes and can recognise pretence or lying, even if they choose not to show it.

Remember that playing itself is not enough to pass an audition. Examiners don’t only look for musical potential, but also for you to possess the whole “package”. You need to understand that conservatoires invest in personalities too, not only in piano machines. It doesn’t matter if you play Feux Follets in double the normal tempo but you are not ready to become part of the community of a serious music establishment.

That’s all for now.

← Am I a Good Musician? I Love Piano But Hate Practising. Can I Still Become a Good Pianist? →
Support Piano Practising on Patreon and Get Great Perks.