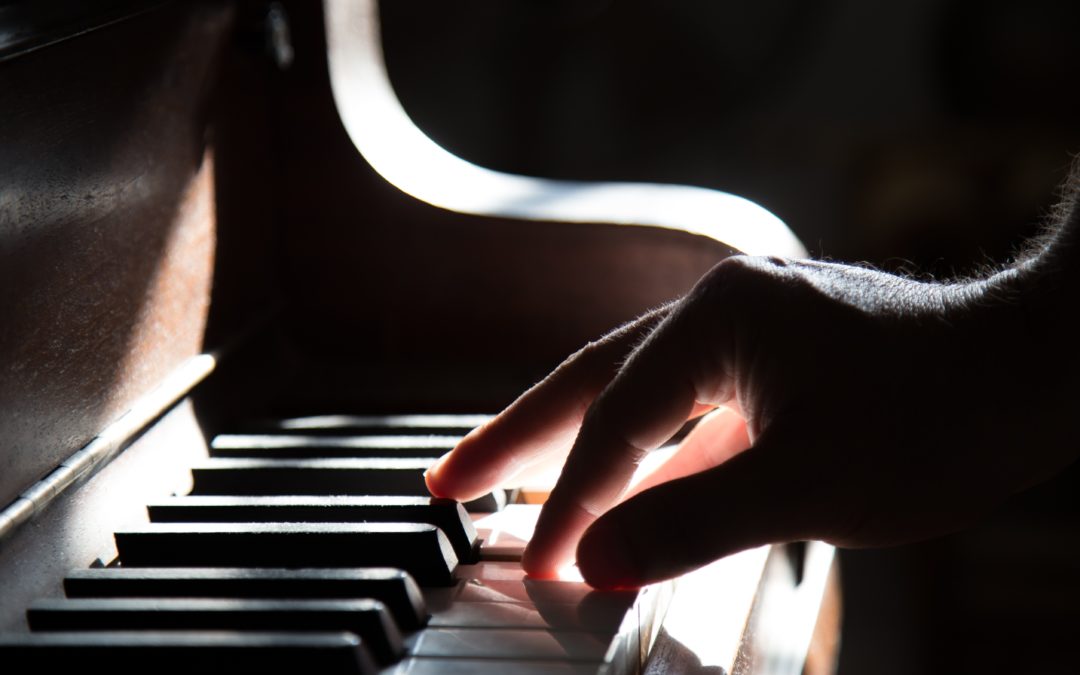 Claude hang up the phone. His vain request to be accepted as a student at the Jopper Music College, went astray once again.

“I’m fifty-eight years old! What do I expect? To play at Carnegie hall with the New York philharmonic?”

His face had the hue of an overripe peach. His eyes? His eyes looked straight at the upright piano in the corner. His wife’s voice from the back room sounded like a most distant recollection of Bach’s prelude in C minor, from the first book of the Well Tempered Klavier. He couldn’t move his right leg to approach the couch. It felt like he had another stroke. But he didn’t have one. He knew he didn’t. This time around, it wasn’t an actual stroke. This time it was a stroke of the worst kind, though. It was a, sort of, piano stroke…

“Why can’t I persuade them?” he thought. “Surely, they should know by now if I know how to play this wooden beast. Is it only hands? Is it only youth? Don’t I deserve to be appreciated? It’s not their fault though. They have to go with the flow, as they say. They can’t accept me no matter how good a musician I am. No matter how good I know phrasing, and no matter how good an interpreter I could have been. For them, I’m just a brain virtuoso.”

Claude wasn’t the type of person that easily gives up. He was a well-known attorney and fought every battle in life with dignity. But this time, he barely held himself up straight. He pushed himself hard not to shed the tiniest tear. He almost made it.

“What sort of virtuoso knows how a passage should sound, knows how to teach its interpretation, but, alas, he can’t physically do it? That must be the worst kind of virtuoso…” he thought.

Claude was an avid fan of good recordings, and in his eyes, he knew where Richter was at fault compared to Horowitz, and where Glenn Gould was delivering a slightly too far-fetched performance of a Bach Fugue. He was an avid listener of the Classical Boundaries FM radio station and was a member of the International Association of Pianoforte.  Interpretation was also his strength back in the day. He was playing a few Czerny’s Studies from the Op. 750 —his favourite one was number 14 in G minor— and he was playing Chopin’s first ballade, and he was playing this and that, and everybody was saying what a wonderful pianist he could have been, “had he taken his piano more seriously.”

However, the years were flowing past, and he never came around to really devote himself to the piano. Family, work, and the day-to-day trivialities, all came to hinder him from a prosperous life on the keyboard. Well, at least that’s what he thought.

But fate, sometimes, has its unique ways of telling us that we didn’t take the right paths in life, and no matter how hard we try, our past dreams and secret passions always come back to knock our heart’s unfailing door of mercilessness.

So, one day, this unforgiving urge to restart the piano machine, came back, though, in Claude’s early fifties. But this urge didn’t take musical shape until last year when he witnessed a car crash from his porch. This poor, middle-aged driver, with a smile on his face and a mobile in his left hand, crashed his car into the Benjamin tree next door… Claude witnessed the whole scene in great detail.

“Maybe that man had dreams. Maybe he was getting a promotion today. Maybe he was going to pick up painting that weekend. Maybe… Maybe, who knows. All’s gone now, though. No point.” he thought.

This incident shook Claude so hard that an hour later he was back at his shed, furiously trying to locate his tuner’s phone number in his address book. Later that afternoon, he found himself practising Chopin’s first Ballade, oh so rigorously.

From that day onwards he decided that he wanted to make the piano his life. He wanted to start from the basics though; he would find a teacher first, and then if he saw progress, he would make his next musical steps.

And so he did. He found an accomplished piano teacher at his local community centre and he followed his instructions to the letter. He meticulously practiced Czerny studies, but from the Op. 299 this time, and sonatinas from the main exponents of the type. He wouldn’t dive into harder repertoire however, such as Rachmaninov preludes or Bach partitas, because his goal was to, once and for all, become certain that his technique could eventually handle the greats.

He tried to push aside the day-to-day things that would stop him from devoting himself to his wonderful piano, and put aside three hours daily, for practising. He also remembered what he read a few years back in the legendary pianopractising.com website; that three hours is perhaps the sweet practising spot, that every pianist should follow.

He always felt that three hours was indeed the correct amount of time and he always meant to thank the genius of an editor of that magical site, the pianopractising.com one. Not to mention that he adored the writings on that site. But enough, of this adoration of the epic musical oasis, that’s called pianopractising.com that has helped thousands of pianists over the years. Let’s swiftly get back on our story, and forget about this monumental and humble site.

However, the more Claude was practising the more he realised that something was wrong; his technique wasn’t improving as fast as he was hoping for. He could see improvement, of course, and obviously he wasn’t expecting a pianistic leap to the top, but he wasn’t expecting such a tiny improvement either. They all said that pianists can’t really feel their own improvement themselves, and only an audience can feel the improvement of a performer and such, but that was ridiculous. Plus, he was getting so, so tired after every practising session.

“What’s the matter with me?” he thought. “Can it be that I practice the wrong repertoire? Can it be that my ageing piano is not helping me in my efforts anymore?”

However, Claude knew that it was nothing of the sort. He realised that at fault wasn’t his dated repertoire, nor the ageing piano that used to collect dust in his living room, but it was a particular part of his body that was ageing, indeed. It was his fingers. He looked at them and thought, “yep, they look beaten-up alright. With their veins so eager to burst out from their dorsum, but so what? Surely, I can’t play Schubert’s Spinning Song on top speed, and perhaps Feux Follets has slipped through the cracks of the well of my technique, but speed is not everything…”

“I could easily do a math or a philosophy degree if I wanted to. That should be the case with the piano, as well. The more you grow the more maturity shows on the doorstep of interpretation, they say.  I must be right on that… but, I’m not sure anymore.”

The more he was thinking about those things, the more Claude realised that the old piano was not like a math, or a philosophy, or a psychology endeavour. Not only it required mental rigorousness, but also physical ability. His youthful, bubbly mind and merry approach to life wasn’t, of course, enough to save his own physical depreciation. He had to face the facts. He had to face the facts, now. He owed it to himself to be truthful with his dreams. Maths? Sure. He could get a degree anytime and perhaps become a competent mathematician. “But a pianist? A person to deliver the 21st century zeitgeist on classical composers, with… strong finger ability? That’s out of reach. Can’t be done.” He nodded.

“So, they were right Claude, admit it.” He whispered to himself. His wife was still trying unsuccessfully to grab his attention from the Kitchen at the back. “I’m old. My hands are almost gone. What’s left? For one, honesty to oneself is certainly left. I should, at least, honour that. I must be honest with myself and that’s paramount.”

Claude realised that honesty was the last resort to his now eminent pianistic demise. A musician, a good musician indeed, is not necessarily the one who plays virtuosic pieces, or who plays an instrument at all, but one who appreciates music and knows the current interpretational zeitgeist even if sometimes he can’t it bring about. Claude wished he was wiser before, and realised, albeit the unrealistic teachings of the fashionable teachers, that anything cannot be accomplished whenever we want to, and that life has indeed some cornerstones, for the good or for the worst. There are, truly, time restrictions even in music. So, at least now, Claude knew the way forward.

He put an old recording of Richter playing live Schubert’s D960 on the record player and sat down on the couch. He picked up the college rejection letter with his right hand and closed his eyes.

His wife came at the door, saw him sitting there, but she didn’t say a word. She remained there for a few seconds and then gently pulled back into the quietness of the Kitchen.

She sat there, listening to Richter’s performance, devouring every second of it. Then, she heard the sound of paper tearing, after the first Gs of the final movement.

This article is a work of fiction and serves as an educational text, only. It’s food for thought, as they say. Any resemblance to real people or events is coincidental.

Many thanks to Tadas Mikuckis for using his image at unsplash.com. Visit the link below for more details.