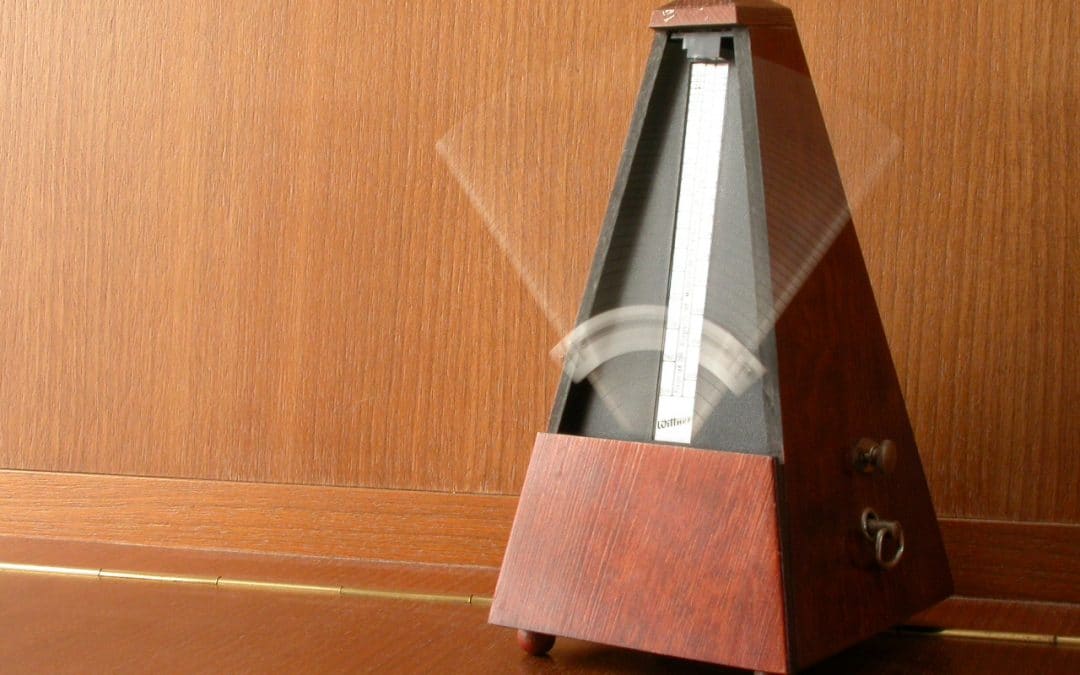 The metronome is this lovely machine that keeps the tempo for you boldly without allowing you to deviate from it.

as a matter of fact, we all owe to have one, so if you can afford a proper old-fashioned one, just buy an electric one. However, as you know, music is not always played in inflexible tempi and needs to swing freely. The vast majority of the piano repertoire is not to be performed robotically. Except if the composer has specifically indicated that you must follow the metronome precisely – However, no great recording or live performance is played with the precision of a metronome. And that’s the point of it all – we should count when playing but not sounding like robots.

However, this little musical dictator that we call “metronome” can be a very useful tool to us if used sensibly and cleverly. Here’s what I mean by that: the metronome, I have concluded, can massively accelerate our mastering of a piece. How? By starting at a much slower tempo and getting gradually to its normal speed. Everybody knows this method. However, I have tried to refine this tactic by using what I call the “Metronome effect’’.

I discovered the Metronome effect when I was studying Bach’s first prelude and fugue in C many years ago. I remember that I had only a day to learn the fugue, and I was sitting on the piano desperately thinking of how I was going to get through this. Then it came to me; I took my little white metronome and started from the beginning by playing each crotchet on 40.

However, and here’s where the secret of the metronome effect lies, I promised to myself that I would not increase the tempo if I haven’t played the previous part with no mistakes. Playing the piece at 40 BPM, felt was so easy. The same was at 41 BPM one. No mistakes. At 42, even though I was feeling a little bit more challenged, I still managed not to make any mistakes.

It was until I reached 42, when the first wrong note came in. That was it. I had promised to play the passage again and at the same speed. Torture? Yes, but three hours later, I could play the fugue really successfully and without slowing down at the more technically complex parts. Of course, I knew that the piece couldn’t have sounded robotic, so I was then ready to practice it more naturally, and giving more thought to its musical flow.

Show your support for independent writing

Support the writings of this website today – By buying our music you can ensure that Piano Practising stays alive for the years to come.

Visit Shop
← Online Piano Lessons Setup What Is a Piano Student? →
Support Piano Practising on Patreon and Get Great Perks.