The Neighbours Syndrome | Freedom of Playing 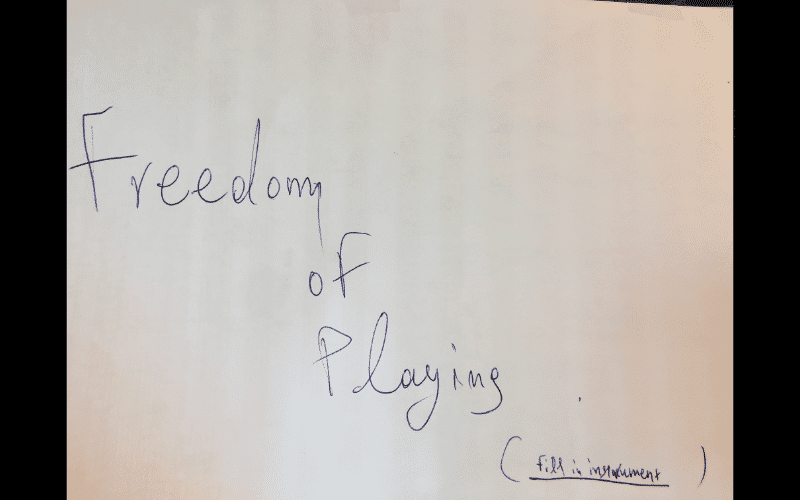 Censored art is everywhere. You cannot see it in galleries (or at least it is kept from public access until for some politically correct excuse it becomes acceptable) and you cannot savour it in its natural habitats, like the gallery, the cinema theatre or wherever the artist wished it to be presented. There are tones of examples of works of creativity that have been censored through the centuries around the world, and some are more or less established in our minds as unfairly censored, such as “The Last Judgement” by Michelangelo, or the Film adaptation of “Alice in Wonderland” that enraged censors in many countries because, apparently, animals couldn’t talk and should not be treated equal to human beings! Go figure.

Equally in music, previously censored music is flooding our radios nowadays. Still, now and then, musical censors decide that music is so powerful that it can destabilise empires. From controlling the Soviet music, to Hitler’s ban on Jewish composers, the insanity of censors has been none but infinite.

But, let’s think for a second: should we censor the artistic freedom and thirst for creativity of the noble artist?

Yes, of course we should! We must!

I strongly believe that we shouldn’t allow any self-proclaimed “artist” to present us their creations, when those “creations” depict acts of violence, racism, child molestation or any other contemptible acts. What do you think? Should we allow artistic freedom to someone who wants to make a photo collage depicting acts of violence towards your child? Do you think we should? Well, I think I will refrain from becoming voguish and “open minded” and say “no, we shouldn’t”. We should CENSOR them and we censor them good. Okay?

However, artistic censorship, be it right or wrong, moral or immoral, has tantalised artists for many a century. Artists felt intimidated – again, for the right or wrong reasons. They started expressing their own artistic views subtly, but not boldly. They became so intimidated that their mind looked faded in their paintings, in their films and in their musical interpretations.

But Nikos, what does all this have to do with the “Neighbours Syndrome” you so unashamedly wrote above? Well, read on!

The “Neighbours Syndrome” is a disadvantageous artistic condition that happens upon us artists, in our effort to not disturb the existence of our neighbours. We are so afraid of our neighbors’ reaction that we self-censor our performances by playing with a guilty-ridden sound.

Social imperatives dictate our behaviours, of course, and in the case of piano we basically have to respect our neighbours by often playing “acceptable” repertoire, or softer, especially in common times of silence (e.g., read the UK noise act of 1996). This syndrome has very serious repercussions for our playing.

The more we play softer (especially when nearing the quiet hours of the night) the more our overall musical sound stays apologetic and timid. This happens because softer sound allows (although wrongly) for less energy on our fingers when practising. Often, young students by not knowing better, and not knowing how to practise softly with keeping the intensity going, they resort in pressing the keys weakly, resulting in an unprojected sound.

Through the years, many of my students had this “Neighbours Syndrome” with their neighbouring ears. Some of them lived with capricious siblings who preferred (understandably) other kinds of musics, others lived in apartment buildings surrounded by elderly neighbours, and others were made by their parents to just “shut the door”. The list of cases is long, but there was one single end-result in their piano playing: lack of contrasting dynamics. Their playing sounded soft and timid in all the dynamic levels they were trying to produce. And this, my dear readers, is a form of censorship. It is a kind of censorship that happens in real time, and we inflict it on ourselves. It is our own self-censorship. Is there anything worse than that?

So we should stay strong, play freely, and drop any trace of intimidation from our fingers. At the end of the day, let’s create the right environment for our art to thrive, even if that means changing our current circumstances, such as our place of residence. We must educate our siblings, parents and neighbours that what we do is of extreme importance and that we promise to stop practising in the specified times we have previously set and promised.

Because we can educate the uneducable and we can improve the aesthetics of our future audiences. And all this by stopping censoring ourselves.

Support this free website by buying our originally engraved music
← Which Is the Perfect Repertoire to Teach Your Pupils Rushing the Music →
Support Piano Practising on Patreon and Get Great Perks.