What Is Forte and How Loud It Is 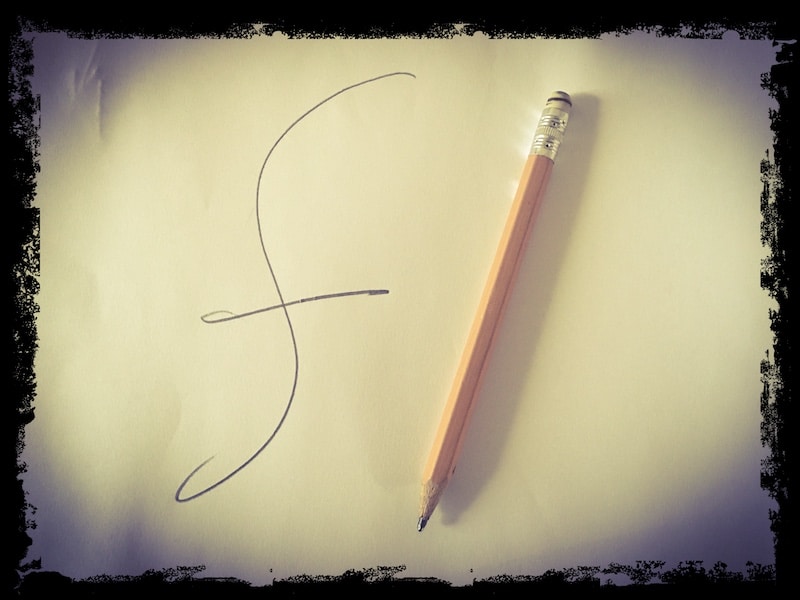 In this article we talk about what is forte in music. Then, after defining forte we shall attempt to describe how loud forte should really be.

Asking what is forte in music, is like asking what is sweet in baking. Being a pianist, and not a baker, if someone was to ask me what is sweet, I would probably answer that sweet is something that has a sizeable amount of sugar in it. If then I was asked how much sugar, I would answer that perhaps it depends on the size of the sweet I bake. Then, I would elaborate that if I wanted a sweet cup of coffee I would add no fewer than two teaspoons of sugar and if I wanted to bake a chocolate cake, I would add no fewer than five big spoonfuls of sugar. And if I was asked how much is too sweet, I would say that it would depend on one’s own personal preference…

You see? ‘Sweet’ is a subjective matter — For some sweet means two spoonfuls, for others three, and for some others it would mean perhaps one-and-a-have spoonfuls…

The same applies to piano; forte translated means loud — but what is forte for me, it could be too loud for you, and for an exponent of the Russian piano school, my forte could mean that it lingers in the sphere of mezzo-piano…

Again, parallelizing music to baking, how sweet is something also depends on what you are baking; a coffee to be sweet might need two teaspoons of sugar, whereas a cake with two teaspoons of sugar… won’t cut the mustard — transferring this to musical terms, the Mozartian forte would be our coffee, that would sound like a wimpy cry in the context of the cake, if cake was Rachmaninov’s second piano sonata. Oh, the convenience of the contextual interpretation, eh?

“So, what is forte then, can you define it for me already?” I hear you ask…

Well, forte means that I play quite loud. Not just loud, but with a sizeable amount of loudness.

Let me elaborate: When we play forte (especially on composers after 1945) we should really go for it and be head and shoulders above the dynamic of mezzo-forte; we should be blown away by the sheer velocity of the piano as it sings like most brilliant operatic soprano on her corona.

“What? Really? But what happens to fortissimo?” I hear you ask. “How loud fortissimo should be then, if I play forte quite loud?” Here, you need to remember that dynamics in music do not increase sequentially. For example, the table below is illogical:

Illogical sequence in musical dynamics; I.e. it doesn’t go like that.

Fortissimo in music is, in essence, a fake dynamic — a made-up dynamic to literally mean…even more forte, but not twice the forte. So when Rachmaninov asks the pianist to do ffff, he doesn’t mean to play four times the dynamic of forte (impossible), but he insinuates that the pianist should be banging the piano mercilessly and to the fullest of her/his physical capacities. And that “merciless banging” of the piano is, of course, a subjective matter.

Factors to consider when playing forte

Before playing forte, we should consider the following factors to help us in its prompt delivery: 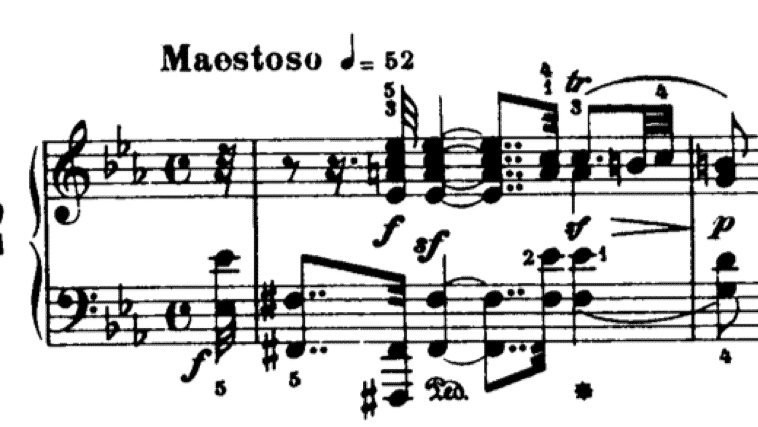 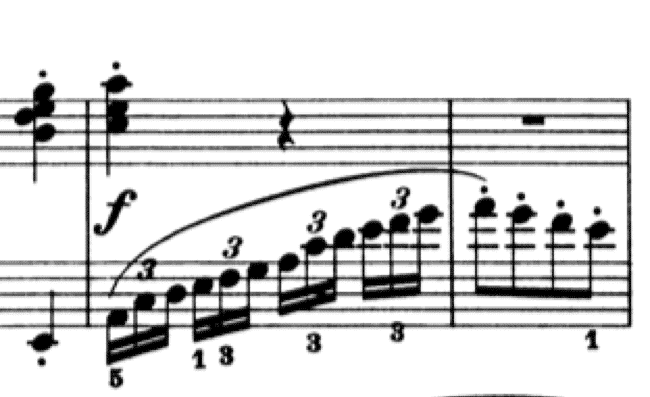 So, forte? Play very loud! Fortissimo? As loud as you can! Fifteen fortes? Give your whole! And just relax, stop being uptight and stop reading pointless writings like this on how to do piano. Three things you need: Stool, piano, and teacher. That’s it. Oh, and to get off your hi horse while at it.

Show your support for independent writing

Support the writings of this website today – By buying our music you can ensure that Piano Practising stays alive for the years to come.