How Much Should You Practise? 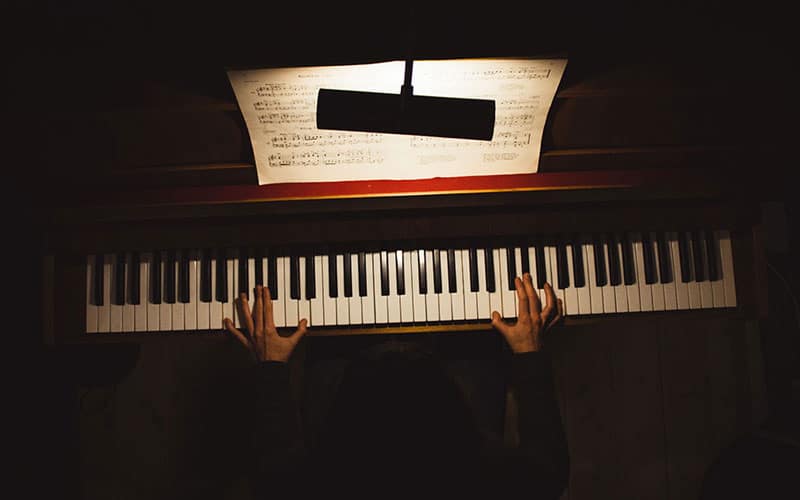 One of the most common questions I hear from students is how many hours to practise a day.

The answer of course is very simple.

You have three choices:

Yes, it’s as simple as that! I’m only kidding of course.

Many pianists would say that you need to practise at least three hours a day, while others will say that you need to practise six to seven hours if you are at conservatoire level. Some others, together with a snobbish expression, will protest that you must practise at least eight hours a day, while quite a few of them will keep it a secret (especially if they regularly under-practise). Don’t forget that the younger and the more inexperienced the pianist is, the more hours he would claim he is practising.

I would suggest that you practise daily; except, of course, if you are on holidays or have reasons not to practise that are beyond your control.

But before I go into more detail, I would like to tell you some stories from my past.

I remember when I was studying the piano while still at school, my friend who was also a pianist would come and tell me tales of how many hours he practised  in any given day. He would often claim six hours but only from time to time four to five. I was listening to him with skepticism and amazement. I was saying to myself, “how is that possible for him to practise for so many hours?” “Why am I so lazy to not study for as many?” I was feeling guilty.

I would painfully keep reminding myself that not only my friend was an excellent pianist, but he was excelling in languages (he spoke fluently German and French), he was an incredible swimmer and he was getting high grades at school. He was smart, forever fresh, stylish, his general knowledge was fantastic and he was answering most of the questions in Trivial Pursuit. He was an ideal musician. I admired him but, somehow, I wasn’t envying him; he was my nemesis.

So how come my friend ended up being an average pianist and when I listened to his recital many years later his chords sounded like he was hitting the piano with a sledge-hammer? How come his scales were like his fingers were dipped in honey and his sound was as flat and dull as an undercooked pancake. I know I sound patronizing and unfair, but if you were there you would have quietly agreed with me. Back then I used to be hypercritical when judging my friends’ musicality (especially when asked) and I expected them to be equally strict and honest with me as well! This can be tricky at times, but remember that just because somebody is your friend it doesn’t instantly make him/her a great musician. Yes, you must be encouraging and supportive but you must also be honest; and to whom to be more honest than to your friend?

Anyway, the answer to why my friend ended up not being the next Arrau was given to me many years later, when I was a graduate at college. And the answer was twofold:

First, younger students generally tend to overstate how many hours they have practised. To put it slightly more gently, they tend to lie and show off to their friends. Thinking about it, a day was never enough for my friend back at school to excel in languages, in school, in sports, in table games and play the Appassionata meticulously. Or was it enough?

As I was thinking about it I started realising a few things: One of them was that I also used to be a student back then and just because my friend was playing the Appassionata wonderfully in my ears, this didn’t mean he was playing it correctly in the ears of an experienced musician or teacher. It slowly started to make sense; he was possibly lying on how many hours he practised.  That was the first answer for why my  friend did not become a top pianist.

It sounded mysterious to me that my friend practised for an absolute minimum of 180 hours a month (as he claimed) and not becoming a great pianist. So, I came to the conclusion that he was possibly lying and I was too inexperienced to sense it.

The second part to the answer is that perhaps my friend wasn’t practising properly; so even though he claimed he was practicing for x amount of hours this didn’t mean that those hours were correctly used. Bear in mind that it doesn’t matter if you practise two minutes or six hours a day; if you practise incorrectly the result may be the same. If for instance you practise with wrong technique and without understanding of what you are doing for seven hours a day, this won’t get you anywhere.

So how many hours to practise then? I hear you say impatiently. Well, I have no idea.

But hang on a second!   I just wrote an article on that subject, so I must find an answer. Bear with me for a second to think.

Well, fun aside, it depends on the following factors:

Regarding factor b, it depends on how energised you are. Try when practising to be as “refreshed” as possible and not tired. The more tired you feel, the more likely you are to just play through pieces without registering what you are doing, so you could be developing bad habits in technique. You need to be as concentrated as possible. It’s better to practise for half an hour concentrated than five hours as if hitting the keys of a typewriter. I have noticed that when I am concentrated I cannot practise for many hours since I become tired more quickly. Whereas, when I just play through a piece frivolously, thinking about remembering to go to the bank, for instance, or what to have for dinner later that night, I could practise for a longer period of time. Now, guess which one is the most successful practising session.

Regarding c and the choice of repertoire, unfortunately the harder the repertoire, the more hours you would have to dedicate. As if you didn’t know; but this is how things work in music, I’m afraid. I know that we are all familiar with these things but the question is, do we follow them? So, if you only have to practise the “Twinkle, Twinkle, Little Star” for your next recital and have already received a Masters in performance from a conservatoire, I wouldn’t recommend that you practise this piece for more than three hours a day. I know that a piece of music can forever be perfected and can always have room for improvement, but we need be sensible sometimes. I hope you got my gist. So: Harder repertoire = more hours of practice. For more detail on this subject, please read my article  “which passages to practise daily.”

Now, concerning factor d, it really depends on how high the quality of your practising-technique is; because practising in itself is an art. So, if you don’t know “how” to practise a piece or a passage properly, then you could be wasting precious time. Ask your instructor to explain in as much detail as possible how you should practise at home. I always ask my students at the end of each piece if they have any questions to ask; I become sad when they say that they don’t have any; could it be possible? I doubt it. Also, as a rule of thumb, try to practise always at the zenith of your concentration. You will see that the more attentive you are, you would need and be able to practise for less hours because you will get tired much more quickly. I remember once I had to be tapped in the shoulder by my teacher at college, because I wouldn’t hear him entering the room since I was so concentrated practising.

Last factor e is also related to the first and the third factor. We tend to practise longer the pieces we like the most. It’s very common that if a student enjoys a certain repertoire more he miraculously finds more free time to practise, whereas when he hates his pieces, unfortunately he resorts in practising much less. It’s only natural I think, albeit wrong; sometimes we need to show “strength of character” and practise with equal force the pieces we like and those we don’t enjoy as much.

To finish, I would like to share a last tale about my piano teacher, the great British pedagogue and pianist Michael Young. (I’m paraphrasing).

I remember it was summer term at college and we were about to close for the summer holidays. I looked at my teacher and said: “Michael I’m so tired, I’m exhausted. I need to lay on a beach for the rest of the summer and not touch the piano for one second”. As always, I was exaggerating. He looked at me and said with a smile on his face: “Well, Nikos you don’t need to do that”. I said, “but I’m beat!”. “I know you are tired,” he said calmly. “What you have to do is to just practise for three hours a day. Just three hours. Then you can have the rest of the day off and do whatever you want.”

I was blown away by the simplicity of his wisdom. It was that simple; just practise for three hours, then go play.

Practise as much as you can but fully concentrated; this is the secret. The amount of hours is trivial.

Now, are you still reading? Don’t be lazy! Go and practise for eleven and a half  hours!

Notes: This Article contains fiction. My “friend” in this article is fictional.