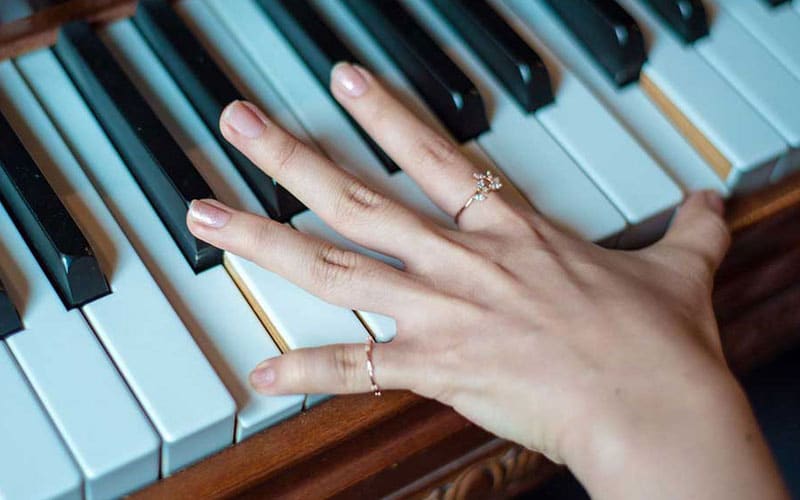 Often, during a lesson, I receive the familiar question (familiar, I would presume to all of you fellow teachers): “Sir, what finger should I use to play this note?” This question quickly resolves to me showing the “correct” fingering to the student, but this action of mine often leaves me with an aura of discontent. This discontent derives from the fact that in a short lesson of twenty minutes or so, I didn’t get to explain to the student how to actually choose those fingerings by themselves. And this comes into contradiction with one of my personal advocations in teaching when I discuss with fellow teachers, which is that when you give the students the tools to make decisions by themselves it makes our teaching lives much, much easier —As if you didn’t know this already, but there you go.

So, enabling students to “self-teach” themselves not only saves precious time, but also allow us, teachers, to work on the most important thing in any given piece: the interpretation. Ideally, technical stuff should never bother a student or a teacher, but, unfortunately, since interpretation naturally dictates the mastering of technique, each lesson is doomed to have the element of technique always pending.

Back to our issue here, I had to devise a quick method to show the students how to choose fingerings.

Indeed, interpretation is paramount. So, axiomatically, when we decide about technical things in a piece, such as fingerings, we should only care about the acoustic end-result of our performance and not how successfully we chose our techniques. (Or shouldn’t we? Keep reading) How we achieve a successful acoustic result though, is nobody’s business. It’s only our own business. Thus, we could have chosen to use the worst possible fingerings if this would ultimately have helped us reflect the composers’ mind accurately on the keyboard.

However, we should never forget, that one of our main goals in performance should also be to develop all of our fingers, so as to achieve equal results with any combination of fingerings; for this reason, sometimes we should choose to use alternative fingerings even if it seems that we risk sabotaging the intended interpretation.

Also, we should always remember that fingerings should be individually tailored to each of us since everybody has a unique set of hands. That’s why you always hear teachers moaning about this or that bad choice of fingerings in some editions. No hand is the same. Or is it? I believe that every single hand is so different from another, even if you measure two sets of hands from different people and find that they have the exact same dimensions; the reason is that, even if those two different sets of hands have indeed the same length, mass or perimeter of tips, however, I doubt that they would possess, say, the same strength, perspiration quality, dryness classification, or flexibility.

So, this is the quick way I found that could help a pianist find their interpretational way, fingering-wise.

Thus, you are to answer the following two questions in order to choose your fingerings:

Which finger falls naturally on the next note? When you answer this question, usually most of your work has been done. Answering this question basically means that we choose fingerings depending on the next available finger. Let’s see this in practice: If, for instance, we had to play the C major scale, and in the last three notes we chose to play A with the third finger, then, naturally, we would have to choose the fourth finger for the B note and the fifth finger for the last C note. So, this is the point of the first question.

Often though, we have to choose different fingerings from the ones that seem proper in order to assist us in achieving specific effects that other fingers wouldn’t be able to easily accomplish. For example, in that C major scale that was just mentioned, we could have used first finger on the last note (C), if for example we had a sforzando on that C and we judged that a fifth finger wouldn’t be sufficient to achieve the desired power that a sforzando would require.

However, I am an avid supporter of the idea of choosing the next available finger in any case, since this often exercises all our fingers; for example, we’ve all fallen into the trap of playing, say, a trill, with the second and third finger rather than the third and fourth, anticipating that the second and third finger would not let us down and we would achieve a more satisfactory result. That could be true, but then we delay developing our third and fourth fingers and make them competent in a future trill situation.

Thus, if we always choose fingerings depending on interpretational validity, which is the norm, then we risk overdeveloping certain fingers/positions/personal technical strengths and create a technical imbalance in our individual technique— and this imbalance, in return, will not help our overall interpretational abilities; it’s a vicious circle.

So, as a general rule, play the next note with, basically, the next available finger. Even if you find that you could potentially and regrettably risk sacrificing the musical result by using a weaker finger, at least you might gain some benefits in technique down the line.

However, what happens if you choose to play that same C major scale at a much faster tempo, by also using your first and second finger? (Say, four notes on 120 metronome beat, or even faster.) (See Example B, below) Will it sound equally legato using the same fingerings? You see? You risk playing that scale unevenly, amongst others.

Often, at low speeds, questionable fingerings might not make that big a difference. However, it is in faster tempos where the correct fingerings shine and the poorly-chosen ones expose the artist.Thus, poor fingerings choice is also, when at fast speeds something that sounds acceptable at slower speeds, loses flair and prohibits the intended interpretation by the editor.

So: To quickly choose fingerings you need to ask the above two questions, in that particular order. Also, note, that the sacrifice of correct interpretation can only be allowed to happen if the outcome of a wrong interpretation will eventually allow the overall improvement of our technique.

← The Piano Prison What Exists Between Two Music Phrases →