What Exists Between Two Music Phrases 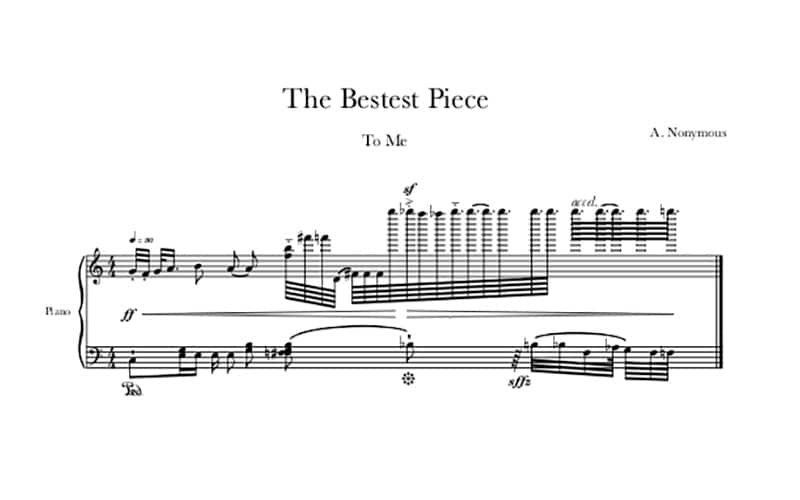 Arguably, every music piece consists of phrases. We’ve all heard of how to do phrases, and how to shape a piece of music. Our teachers continuously talked about phrases and phrasing and they kept showing us on the piano that this phrase should be played like this, but the other should be approached like that. The fate of a phrase is and was always on our hands to decide.

Often, for us, good phrasing had some of the following characteristics:

A) Each phrase should have a predetermined start and ﬁnish

B) Each phrase should be consciously decided prior to performing

Not only have we learned how to do phrasing, but we have also learned how to connect phrases together – how to elegantly and appropriately move from our current phrase to the next one. And that was one of our main targets of good phrasing.

In my quest to writing this article, I strategically asked one too many pianists and teachers to explain to me how to perform the place between two phrases. So, it went something like this:

“Yeah, it’s going really well! How was your Christmas!”

“Oh, it was great, but not much time to rest I’m afraid. And yours Nikos?”

“Well, it was excellent? What do you think exists between two music phrases?”

Well something along those lines…

I have to admit, that I caught most of them off-guard, as they say. They looked at me as if they have never thought about this before. Most of them took quite some time to think, and none gave me an answer. It was like I asked them what was the meaning of life or what is the distance between the sun and the end of the universe; You see? You have no idea as well. I don’t know either. Bear in mind, I just came up with those silly questions, and there’s no need for you to try and ﬁnd an answer online. Just because someone asks you a well phrased question, doesn’t mean that the question isn’t ludicrous and doesn’t have an answer. So, just for fun, here’s another unreasonable question that has no answer: Who’s the best pianist of all time? Which foolish and frivolous pianist hasn’t asked this question? For one, I have at least fifteen hundred times the last couple of years.

However, my ludicrous question in this article, does, indeed, have an answer.

Thus, have we ever really thought about what is this “gap”, or “silence”, or “instance” that exists between two musical phrases? I bet not often. But, before going to talk about that element, let’s see what really is a phrase.

What Is A Phrase

A phrase in music is whatever an editor, a composer or a performer decides that should belong in a state of oneness.

It is often stated that a phrase is always something that gives a sense of completeness with one, concrete meaning.

I disagree. I believe that a phrase should not be imprisoned into numbers of bars, meanings, sentimentalities, stylistic provenances, and other, dare I say, armchair-musician nonsense. It would be unfair, for instance, to force contemporary composers to bow to the bills of the classical period, and do their phrasings similarly to the composers back then. That wouldn’t have been musical freedom. That’s the opposite to what uninhibited music expression should be.

So a phrase, in the 21st century music composition and onwards, should be decided freely, unchained from historic or other established norms.

So, In order to come closer to what lays between two phrases, we should decide their start and ﬁnish, ﬁrst. Then, after we’ve established that, and their unique destinations and generally decided what to do with them, then we should contemplate what’s between them.

So, the rational choices that we should make, between two phrases are:

A. How much time-gap should exist between those phrases

B. How to prepare the ﬁrst phrase to reach successfully the second one; How to technically shape the ending of the ﬁrst phrase and, of course, the beginning of the second. Basically, we have to decide how to build up the momentum from phrase one to phrase two.

What Does Exist Between Two Phrases

What exists between two phrases in music is a musical gap that shows us the musical resolution and intention of the ﬁrst phrase – It is the built-up momentum from the preceding phrase.

This gap or breath or whatever else we might call it, belongs to the ﬁrst phrase; it is its last part or its conclusion. It is its legacy to the second phrase so it starts its musical life with better “prospects.” (This musical gap, it’s not necessarily a sound gap, because it could still contain sound remnants. But, for the sake of understanding this article, we name it “gap.”)