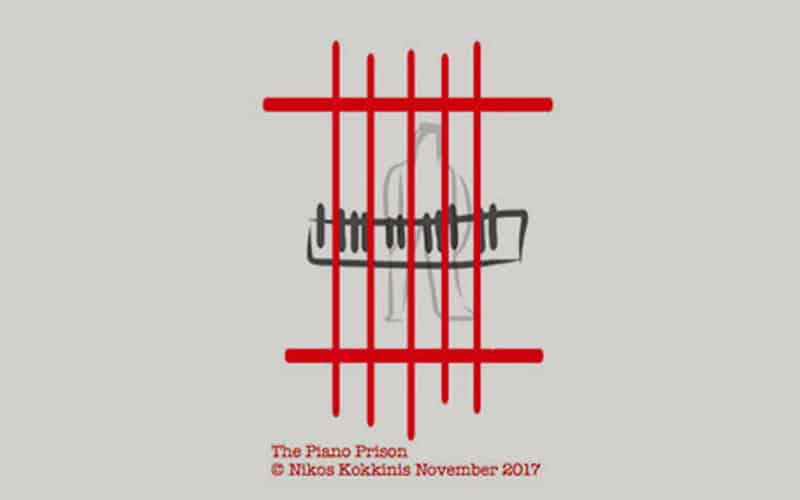 …Or, the Dark Side of Encouragement and Motivation in Music

I prefer to drink a pint of salted lemon juice, sprinkled with red pepper shavings, paprika, ample tabasco, a dessertspoon of dried garlic, and two spoons of cod liver oil, than hear the following expressions again:

“Oh, I love the piano! After high school I’m going to devote myself entirely to it together with my studies in law.”

“John, your dad’s right. You need to practice if you want that iPhone for the holidays.”

“Listen to me Nikos, you could become a wonderful pianist — if only you were spending a bit more time on the piano.”

“Absolutely Victor, do take the year off! But then, you should get back to the piano if you want that diploma.”

Who’s not disgusted by the above expressions? Who doesn’t feel nauseated? Who doesn’t want to… I don’t know what… perhaps break the piano into a thousand pieces?

Clearly, those people above don’t seem too excited to keep playing the piano, don’t you think? I used the example-dialogues above so as to show that not everybody likes piano as much as we or other people we know, do. And it’s absolutely normal. However, people in those examples above keep receiving encouragement and motivation from the others to keep doing piano.

In this article, I’ll be trying to find out if, and when, motivation and encouragement are needed in this music life of ours. I strongly believe that (despite what voguish teachers say) not everybody should be motivated in becoming a pianist, or a musician for that matter.

Who Needs Encouragement and Motivation

Encouragement and motivation, those two mere words, meant nothing for the winning pianists — they meant zilch for the unassuming pianists that “eat” the weak and the itinerant piano colleagues for breakfast.

However, those are, in fact, the very living souls that must receive encouragement and motivation at all costs — those unassuming pianists. But not to persuade them or lure them into something they don’t want to do, but to push them even further, to achieve more. We should show them the way to excel.

Indeed, encouragement needs the musician who eagerly wants to succeed in their preferred disciple. Motivation needs the one who’s hungry for learning and longs for ultimately having a say with her/his art; but, for many reasons, such as intimidation, natural timidity, personal provenance, etc., that musician cannot bring themselves to be unearthed.

Who Doesn’t Need Encouragement and Motivation

I know now that a lot of teachers are going to hate this and gleefully rub their hands in anticipation of my pedagogical failure here, and are going to point their fingers and profess that “AAALLL people need encouragement and motivation, no matter what,” and this and that, and the other thing.

However, those teachers are never going to win over many students’ hearts on the pedagogical arena, at the end of the day; because life is about accepting facts swiftly, see reality in the eye, and be bravely honest.

Thus, I believe encouragement doesn’t need the student who… hates the piano, basically. All these words, such as motivation, encouragement, inspiration are not for the non-interested individuals. It’s noise to their ears.

I’ve heard it over and over again: “I hate the piano, sir,” or, “oh, piano’s so hard,” or, “I like singing because it’s much easier than piano.” I also heard the same thing but even more subtly: “Two things I love the most in my life, Nikos, chemistry and becoming a pianist,” or, “I wish I could buy the piano this year, but we had to fix the garage door and it cost a lot.”

Basically, the expressions to describe the same thing (piano indifference) are endless — and of course, when it happens that I’m the listener, it’s like talking to a brick wall; because, quite a lot of the time I’m there to teach the piano, not to persuade someone that piano is great; that’s not the point of teaching the piano.

There are students who despise the practising phase of the piano, my fellow pianists. However, they would often innocently confess that they “like” the sound of the piano; for instance,  they adore the piano when they listen to the Moonlight Sonata or an arrangement from a fake book of Lady Gaga’s Bad Romance. But they cringe when it’s practice-time.

It’s like trying to persuade me to go to the gym. I prefer to break both my legs in a horrific car accident, than setting foot in a gym ever again — and yes, despite its health benefits. It’s sheer torture for me — Where should I start… the horrific smell in there, the sweaty humidity, the vain people and their pompous faces, the special communicative expressions they use over there, the horrible music. Though, I really have to admit that I prefer drinking coffee and eating baguettes in the gym cafeteria than going to the actual gym area, since they always have the fattest foods available there. It’s just me.

I wouldn’t like a personal trainer to come up to me and say, “Hey Nikos, if you play your cards right, you could be a competitor for the quarter-marathon next Sunday.” I don’t like this type of encouragement. This is not my calling. I’m never going to become a gymnast or a marathon runner. I can’t be bothered dear sirs to do that because, amongst others, I’m super-lazy. There are more chances to spot an elephant watching Volodos at Carnegie Hall holding a cigar on his trunk than me running like a lunatic in a marathon.

… Meanwhile, some readers are indeed reading this with disgust. “How is this possible this guy to hate exercising and the gym?” they would say. “Soon he is going to profess that going to the hairdresser’s once a week is a bad thing.”  Well, each to their own.

In the same fashion, I hate it when I see someone suffer as a musician, because perhaps a teacher or an uncle, once convinced them that they were good and they could become great.

Piano is a big, horrible, unforgiving and merciless piece of heavy wood that can never be wrestled.

Even the greatest wrestlers, like Horowitz, Arrau or Richter, failed to topple that heavy beast — well, if you asked them, I’m sure that they would have agreed with me. For us, though, they were always firmly on top of the beast, bridling its horns with exceptional composure and flair.

What I’m trying to say is that the punishment must stop now, my dearest colleagues. No student deserves to suffer on the piano stool. I know we have to make a living and all, but why do we always have to subconsciously force our students to like our wonderful instrument?

I like the piano, don’t get me wrong. No matter what criticism I was getting from people — and I was getting a lot — I couldn’t care less, and I kept going. I knew from the start that piano and music was what I wanted to devote myself to. I couldn’t imagine myself going on another journey. Piano was my Ithaca.

But despite my pompous drivel above, it’s just that not many people are like me, and perhaps like you, the readers of this article. We, teachers, must finally understand that piano is simply torturous for some students. I can see the pain in their expressions when I ask them to practice the e minor scale, when I try to persuade them to complete the final line of the sonata or when I encourage them that playing in a concert is always a good idea. I can sense the suffering when I notice them looking at their watch in the middle of a lesson or when they tell me that after school they are equally excited to study medicine or piano. I can sense it in their eyes, I can smell it in the air even before they have entered the classroom.

You are not allowed with soft words and smiles — and, undoubtedly, with sheer honesty and honourable intentions — to inadvertently sentence your student to life in the piano-prison.

The piano-prison is a horrible place. It’s a place where people are forced to practise the piano. And they hate it.

Piano-prison is so nasty, and the bail to get out of there is no easy target; But the bail’s cost can be paid by some more easily than by some others. What’s the bail? One might ask. Well. To stop the piano: this is the cost of that bail. Sometimes it’s impossible to meet that bail…

Putting aside your virtuous intentions, it’s not ethical and, frankly, it’s none of your business, as they say, to hijack a student’s calling — Basically, this is what the piano-prison results to.

First and foremost, before teaching the piano and its technique, we must try to sense what’s the student’s calling — What they really want to do. No scales, no strong fingers, no cadenzas, nor long dresses, nor anything.

I know that our one-way mission should be to simply teach the piano, of course, but we should try and snatch a little bit from that mission to feed the student’s personal goals. And how to do this? By stopping doing this overestimated endeavour: Uncontrollable encouragement and motivation for all.

Let’s sit back and wait a bit; the students know best — they themselves are going to show us the path to how to teach them.

Encouragement is to be employed only after we’ve established a student’s calling. Motivation is only needed when we are certain that our student has wholeheartedly decided by their own capacities to make piano their destination. Not before.

So stop motivating and encouraging the indifferent. You only extend their suffering. Because, the piano-prison is lurking around the corner.